Free World Class Education
FREE Catholic Classes
Not only are all Christians nourished by the Scriptures, but the Church sees them as food for the soul

The Church has always venerated the Scriptures as the Word of God, and they make the voice of the Holy Spirit sound again and again in the words of the prophets and the apostles. Therefore, the Church exhorts Christians to learn about Jesus Christ by reading the divine Scriptures frequently. 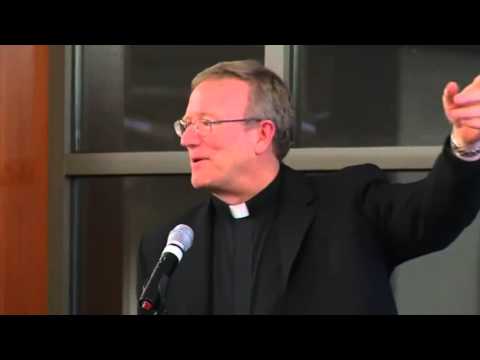 KNOXVILLE, TN (Catholic Online) - According to the Catechism of the Catholic Church (CCC), the Church has always venerated the Scriptures as the Word of God (#103). The Vatican II document Dei Verbum (DV) gives us a powerful explanation of the Church's position on the Scriptures, and it provides a basis for this article.

"[The Church] has always regarded, and continues to regard the Scriptures, taken together with sacred Tradition, as the supreme rule of her faith. For since they are inspired by God and committed to writing once and for all time, they present God's own Word in an unalterable form, and they make the voice of the Holy Spirit sound again and again in the words of the prophets and the apostles" (DV #21).

Although the Church believes that the revealed realities contained in the text of the Scriptures are truly authored by God under the inspiration of the Holy Spirit (CCC #105), she also believes that God used human language and human authors.

When God uses the words of men in order to reveal himself, they are like human language in every way, just as the Word, Jesus Christ, when he took on our weak flesh, became like men (CCC #101).

In addition, God inspired certain men to write the Scriptures, and he made full use of their faculties and powers in the process (CCC #106). This means that God also allowed for the limits of the human author's ability and knowledge.

The creation story in the first chapter of Genesis is a perfect example. This story clearly depicts the primitive cosmology that was accepted by the Hebrews and the peoples surrounding them at that period of time.

This primitive view held that the earth was flat and supported by columns. Below the earth were the inferior waters and the abyss. Sheol, or the netherworld, was located in the depths of the earth. The sky covered the earth like an inverted bowl. It supported the celestial bodies and the superior waters, which were located above the sky and released in the form of rain and snow via floodgates.

Clearly, Genesis does not contain the inspired cosmology of an all-knowing and all-powerful creator. Rather, God used the limited knowledge of human authors to reveal some of the most important and profound truths about human existence and God that men needed to know in order to orient their lives toward their final destiny. When seen in this light, the depth in Genesis is absolutely stunning and inspired.

Therefore, despite the difficulties associated with human language and the limitations of human authors, the Church firmly holds that the Scriptures teach the truth pertaining to our faith and salvation without error (CCC #107). At the same time, we need to remember that Christianity is not a religion of the book, but a religion of the Word of God (CCC #108).

Nowhere is this made more clear than in the Gospel of John. For instance, John writes, "In the beginning was the Word, and the Word was with God, and the Word was God" (1:1); and "There are also many other things that Jesus did, but if these were to be described individually, I do not think the whole world would contain the books that would be written" (21:25).

Another important indication that Christianity is not a religion of the book is that "It was by the apostolic Tradition that the Church discerned which writings are to be included in the list of sacred books (CCC #120). The complete list of sacred books is called the cannon of Scripture, and it includes 46 books in the Old Testament and 27 in the New Testament, for a total of 73 books.

The Church regards the Old Testament as divinely inspired and the true Word of God and as an indispensable part of the Scriptures. One of the main reasons why the Church holds this position is because the Old Testament includes the Old Covenant, and it prepares the way for the coming of Christ and the New Covenant.

But there are other reasons as well. Although the books of the Old Testament are imperfect and provisional, they are a storehouse of wisdom, beautiful prayers and teaching on God. In addition, hidden within them is the mystery of salvation (CCC #122).

The Old Testament can be divided into four main sections: the law, the history books, the prophets, and the wisdom literature.

The section on the law is also called the Torah or the Pentateuch. It includes the first five books in the Bible. It begins with the story of creation, the first covenant, the fall, and God's promise of salvation. Then it covers the covenants between God and Noah, Abraham and Moses. This section concludes with the death of Moses just before the Hebrew people enter the Promised Land after wandering in the desert for forty years.

The section on the prophets includes Isaiah through Malachi. There are a total of 18 books in this section. The prophets proclaimed redemption, purification from sin and salvation. It was through Israel's prophets that God prepared the Jews to hope for salvation and a new, everlasting covenant intended for all men and all nations.

The section covering wisdom literature includes Job through Sirach, seven books total. Mark Shea, a Catholic writer, said that these wonderful books contained "the heart of Israel being plumbed to its depths." This section includes the prayers, poetry and philosophy of Israel. It also includes profound meditations on God and suffering, and it offers practical and spiritual advice.

Jesus fulfills the promise of the Old Testament covenants and establishes the final and eternal covenant between God and man. Consequently, the central object of the New Testament is Jesus Christ.

The Gospels are the heart of all the Scriptures. There are three stages in the formation of the Gospels: the life and teaching of Jesus, the oral Tradition, and the written Word. The Church firmly holds that the Gospels faithfully hand on what Jesus said and did during his earthly life (CCC #126).

The first three Gospels are called the synoptic Gospels. Synoptic means "seen with one eye." Each of the synoptic Gospels portray similar accounts of Jesus' life and teaching. However, they differ in emphasis because they were written for the specific needs of different Christian groups.

For example, the Gospel of Matthew was written for Christians who converted from Judaism. Its main purpose was to assure this group of converts that Jesus was the Messiah promised in the Old Testament.

Acts covers the first 60 years of the Church. Much of the emphasis is on the missions of Peter and Paul and the life of the early Christians. The Epistles are a collection of letters written by various authors, although most are attributed to Paul. There are a total of 21 Epistles. They cover many topics, and they are filled with much insight into the teachings of Jesus.

Revelation, also called "The Apocalypse," is the most obscure and difficult of the books, but it is also one of the richest and most liturgical. According to many scholars, it can be interpreted on four levels: the historicist, idealist, futurist, and preterist.

The futurist interpretation sees Revelation as a prophecy concerning the end of time and the second coming of Christ. Many people have sifted through its pages trying to determine how and when the world will end. We need to remember, however, what Jesus said, "But of that day and hour no one knows, neither the angels in heaven, nor the Son, but the Father alone" (Mt 24:26).

According to the Catholic scholar and writer Dr. Scott Hahn, all of these interpretative approaches are valid but should be based on the preterist interpretation, which he sees as the primary interpretation. Its focus is on the end of "a" world and the beginning of a new world, which became a historical fact when the Romans leveled Jerusalem and the Temple in 70 A.D.

But the preterist interpretation goes far beyond this tragic event. It is also about the end of the old Jerusalem and the beginning of the new Jerusalem, the old Temple and the new Temple, the old Law and the new Law, the Old Covenant and the New Covenant, the Old Testament and the New Testament.