SUNDAY HOMILY: The Parable of the Unjust Steward Is Directed To Each One of Us - Today

Free World Class Education
FREE Catholic Classes
There is a challenge issued by the Lord today that should draw us to our knees. It is a challenge to

We are the children of light. How are we living our lives? Are we allowing the light of truth to shine into every area of our lives? Do we believe that the Christian faith is to inform every aspect of how we live?We need to hear these words of Jesus with humility and honesty - and allow them to root themselves deep within us, so that they lead each one of us to a change in lifestyle."The person who is trustworthy in very small matters is also trustworthy in great ones; and the person who is dishonest in very small matters is also dishonest in great ones. If, therefore, you are not trustworthy with dishonest wealth, who will trust you with true wealth?" 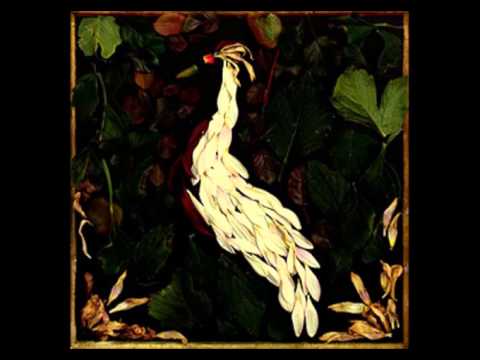 P>
CHESAPEAKE,VA  (Catholic Online) - There is a challenge issued by the Lord today that should draw us to our knees. It is a challenge to "walk the talk", to live the message we proclaim by even bearing the name Christian, in a true unity of life.

In our first reading, the Lord warns the people of Israel through the Prophet Amos, "Hear this, you who trample upon the needy and destroy the poor of the land. Never will I forget a thing they have done." (Amos 8:4-7) God minces no words  - how we treat those in need, the poor in all of their disguises and manifestations, truly matters.

In the excerpt from St Paul's letter to Timothy, he gives instructions to all Christians to pray for those who have authority over us, live peaceably and lead lives which will point men and women to a knowledge of the God who "wills everyone to be saved and to come to knowledge of the truth." (1 Tim 2:1-8)

We are the children of light. How are we living our own lives? Are we allowing the light of truth to shine into every area of those lives? Do we believe that the Christian faith is to inform every aspect of how we live, or have we set apart certain areas which are outside of the reach of the saving truth of the Gospel?

We need to hear these words from Jesus with humility and honesty - and allow them to root themselves deep within us, so that they lead each one of us to a change in lifestyle.

"If you are not trustworthy with what belongs to another, who will give you what is yours? No servant can serve two masters. He will either hate one and love the other, or be devoted to one and despise the other. You cannot serve both God and mammon."

I am reminded of the poignant opening scene in the 1972 Film, the Godfather, directed by Francis Ford Coppola. Perhaps some of you remember it as well as I do, especially those who are a bit older. It visually revealed the great danger we all face, what the Fathers of the Second Vatican Council warned of as a "separation between faith and life"

The phrase was used in their document on the Mission of the Church in the Modern World (Gaudium et Spes) where they wrote: "This council exhorts Christians, as citizens of two cities, to strive to discharge their earthly duties conscientiously and in response to the Gospel spirit. They are mistaken who, knowing that we have here no abiding city but seek one which is to come think that they may therefore shirk their earthly responsibilities. For they are forgetting that by the faith itself they are more obliged than ever to measure up to these duties, each according to his proper vocation.

"Nor, on the contrary, are they any less wide of the mark who think that religion consists in acts of worship alone and in the discharge of certain moral obligations, and who imagine they can plunge themselves into earthly affairs in such a way as to imply that these are altogether divorced from the religious life. This split between the faith which many profess and their daily lives deserves to be counted among the more serious errors of our age."

In the opening scene of the 1972 film, Al Pacino, who plays the leader of the Mob, Michael Cordileone, is standing as a godfather for his sister's child in Baptism. During the baptism, the godparents must respond to questions such as "Do you reject the glamour of evil?" and "Do you reject Satan and all his works?" by saying "I do."

As the Baptism is unfolding on the screen, men under his direction as the "godfather" of the mob are carrying out a killing spree of rival gangsters, at his specific direction. The two are juxtaposed in a profound way, sending a message to any who have eyes to see.

Michael's "I do's" and denouncement of Satan, cement his position as godfather to Connie's baby in appearance. However, the murders he ordered reveal an absolute disconnect, a separation, as he acts as a "godfather" of an entirely different sort, a profane and evil counterfeit which uncovers the complete separation between his faith and his life.

That scene depicts a dramatic example of the separation between faith and life. In most of our lives, the separation is played out in more subtle ways. For example, in how we conduct our business. How often do you hear as an excuse for a Christian who does not inform their business practice with the principles derived from faith, the excuse - "that's business".

Of course, the most obvious example these days of the separation between faith and life often demonstrated by Christians is their failure to integrate the truths revealed in the Natural Moral Law - expounded upon in the Scriptures and the teaching of the Church - in their political and cultural participation.

There is often a 'disconnect' between the faith Christians profess and the way we live our daily lives. Western culture would not be in the current state of moral decline if Christians understood and lived their Christian faith in an integrated manner, informing every aspect of our human experience and social participation with the principles and practices which flow from that faith.

Our Gospel passage makes it clear; the goods of this earth are given to everyone of us as stewards. God alone is to be served and loved with all of our heart. We are called to receive all of these goods, no matter what they are, as a gift and direct them toward what is good and true. We are stewards and the parable of the unjust steward is addressed to each one of us today. We need to listen.