TUESDAY HOMILY: Firm in the Faith

Free World Class Education
FREE Catholic Classes
St. Paul describes for the Colossians the path to a stronger faith this Year of Faith

The whole purpose of the Year of Faith is to facilitate the growth of Catholics in the faith, to strengthen our personal, total entrustment to God and because of that trust, our knowledge and confidence in what he continues to teach and do. In the words of St. Paul in his Letter to the Church in Colossae, which is the first reading at Mass today, the Year of Faith is meant to help us to become "firm in faith" precisely because we're "planted and built up in Jesus Christ." 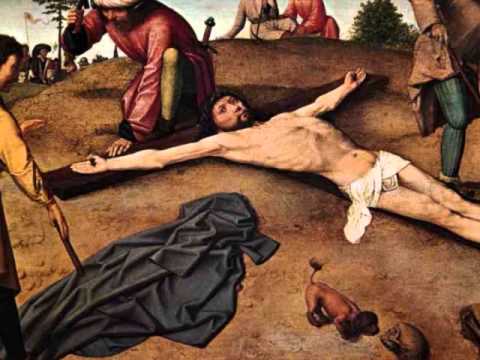 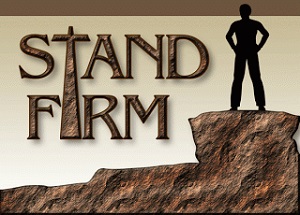 P>FALL RIVER, MA (Catholic Online). The whole purpose of the Year of Faith is to facilitate the growth of Catholics in the faith, to strengthen our personal, total entrustment to God and because of that trust, our knowledge and confidence in what he continues to teach and do.

In the words of St. Paul in his Letter to the Church in Colossae, which is the first reading at Mass today, the Year of Faith is meant to help us to become "firm in faith" precisely because we're "planted and built up in Jesus Christ."

In the Gospel, we see some of the first "seeds" Jesus planted within himself, the foundations for the Church he was seeking to build up as his body, those he was seeking to make strong in faith so that they could strengthen the world. We can see a little of the transformation Jesus was seeking to work in all of them in the first of the twelve apostles St. Luke describes: "Simon, whom he named Peter." Jesus took this man whose first words were "depart from me for I am a sinner," who would later deny him three times, and made gave him a name that means "Rock."

The Lord likewise in this Year of Faith and beyond wants to take all of us in our own weakness and confirm us with his own power so that we can be strong in bearing witness to him.

Pope Benedict XVI chose this passage of St. Paul's Letter to the Colossians - "Planted and built up in Jesus Christ, firm in the faith" - as the theme for the 2011 World Youth Day in Madrid. In anticipation of it, he wrote a letter pondering the type of metamorphosis Jesus wanted to work in young Catholics to help them grow in faith. His thoughts are worth considering for all of us today as we examine how the Lord is seeking to fortify us.

He began by mentioning that St. Paul uses three "very eloquent" images: "'planted' calls to mind a tree and the roots that feed it; 'built up' refers to the construction of a house; 'firm' indicates growth in physical or moral strength. He notes that all three terms in the original text are in the passive voice showing that it is Christ himself to takes the initiative to plant, build up and confirm his faithful.

He calls us first to look at our life of faith as a tree with roots in Christ. The roots give it nourishment and keep it upright lest it be blown away by the winds and perish. He said that our roots are more than our parents, our families and culture, but are meant to be in God. He cited the prophet Jeremiah wrote about how to send out roots means to put one's trust in God from whom we draw our life: "Blessed are those who trust in the Lord, whose trust is the Lord. They shall be like a tree planted by water, sending out its roots by the stream. It shall not fear when heat comes, and its leaves shall stay green; in the year of drought it is not anxious, and it does not cease to bear fruit" (Jer 17:7-8).

All of this illustrates for us that the Christian faith is "not only a matter of believing that certain things are true, but above all a personal relationship with Jesus Christ, . an encounter with the Son of God that gives new energy to the whole of our existence. When we enter into a personal relationship with him, Christ reveals our true identity and, in friendship with him, our life grows towards complete fulfillment."

The first aspect of this Year of Faith is to nourish that sense of being rooted in the deep loving bond with Christ, who is our life, and whose own life flows through ours like the sap of the Vine through the branches provided that we remain attached, rooted, to the vine.

The second image St. Paul uses is of a house with its foundations build on Christ. In the encyclical Lumen Fidei published two months ago, one of the descriptions of the life of faith is a continuous process of being built up by God. Pope Benedict in his letter for the 2011 World Youth Day illustrated how we're called to let our lives be constructed on Christ by referring to the example of so many holy wounds whose lives were built on God's word. He referred to Abraham, who left his native home to build his life on God. Jesus himself told us in the Sermon on the Mount to build our life on the rock of hearing and doing his word, so that we may be able to withstand the storms of life that destroy houses built on other foundations.

In this Year of Faith, it's key for us to examine our real foundations, whether they are truly God, his word and his deeds, or whether they are the shifty sands of worldly gurus, this worldly relationships, or our own idols in which we remake God according to our own preferences. Part of the foundations God wants for us is the Church. He built the Church according to a particular architectural design, on Peter and the apostles and the saints, and wants us to become living stones as part of that spiritual temple.

The third expression used by St. Paul is "firm in the faith." Pope Benedict said that the apostle was conscious of a particular threat to the faith of the first Christians in Colossae. "That community was endangered by the influence of certain cultural trends that were turning the faithful away from the Gospel." He said that that wasn't the last social fads would threaten the growth of those with faith.

Our own time, Benedict emphasized, "is not unlike that of the ancient Colossians. Indeed, there is a strong current of secularist thought that aims to make God marginal in the lives of people and society by proposing and attempting to create a 'paradise' without him. Yet experience tells us that a world without God becomes a 'hell': filled with selfishness, broken families, hatred between individuals and nations, and a great deficit of love, joy and hope. . Yet some Christians allow themselves to be seduced by secularism or attracted by religious currents that draw them away from faith in Jesus Christ. There are others who, while not yielding to these enticements, have simply allowed their faith to grow cold, with inevitable negative effects on their moral lives."

What generally unites these philosophies that weaken Christian faith is an approach that weakens Christ's death and resurrection and particularly that in order to get to heaven we must pass by way of the Cross. "All philosophies that disregard it and consider it 'foolishness' (1 Cor 1:23)," Benedict wrote, "reveal their limitations with respect to the great questions deep in the hearts of human beings."

"The Cross often frightens us because it seems to be a denial of life, Pope Benedict declared. "In fact, the opposite is true! It is God's "yes" to mankind, the supreme expression of his love and the source from which eternal life flows. Indeed, it is from Jesus' heart, pierced on the Cross, that this divine life streamed forth, ever accessible to those who raise their eyes towards the Crucified One."

This is a message that the apostles called by Jesus in the Gospel today, after they experienced their own weaknesses before the Cross when looking at it only with worldly eyes, were able to take to the ends of the earth once they became to look at it with the eyes of faith and embrace it.

The Lord is calling each of us by name, just as he called them, to enter into and share that same life-giving mystery. Planted and built up in Jesus Christ, firm in the faith, counting on the intercession of the apostles and all the saints, let's go out to help others, who are often living without roots or firm foundations or whose faith is weak, experience the same joyful transformation.

Father Roger Landry is pastor of St. Bernadette Parish in Fall River, MA and national chaplain of Catholic Voices USA. His homilies and articles are found on catholicpreaching.com