Canon law should be re-written to institute a global zero-tolerance policy against priests who commit sexual abuse, a clerical abuse survivor told attendees at the World Meeting of Families. 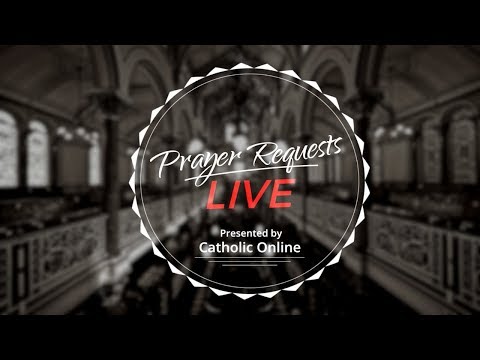 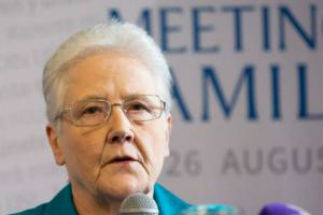 Dublin, Ireland,  (CNA).- Marie Collins, a former member of the Pontifical Commission for the Protection of Minors, spoke on Aug. 24 as part of a panel titled "Safeguarding Children and Vulnerable Adults."

Collins appeared alongside Baroness Sheila Hollins, another former member of the Pontifical Commission of Minors; Barbara Thorp, a social worker and former head of the Office for Pastoral Support and Child Protection for the Archdiocese of Boston; and Prof. Gabriel Dy-Liacco, a current member of the Pontifical Commission for the Protection of Minors and a psychologist who has treated priests and abuse survivors.

The panel was originally intended to be moderated by Cardinal Sean O' Malley, OFM Cap. of Boston, but he withdrew from participating in the pastoral congress due to an investigation into sexual harassment occurring at the diocese seminary. O' Malley is the president of the Pontifical Commission for the Protection of Minors.

A letter written by O' Malley was read to the audience. O' Malley said that combating sexual abuse was the "most crucial" issue facing the Church, and that the protection of children was his "number one priority."

"The crucial role of the laity cannot be understated as we look for the path forward," O' Malley wrote.

Collins, herself an abuse survivor, wife, and mother, was critical of those who still refuse to believe that clerical sexual abuse is an actual problem in the Church, and who insist that the whole thing is a "media conspiracy" or that accusers are making things up.

"Survivors and victims of abuse don't need a letter from the pope to know this is a reality - we have been speaking about it for decades," said Collins. Instead, she said that she hoped the pope's letter would be enough to convince people that the crisis was real.

While Collins said she is supportive of the efforts taken by countries like Ireland, the United States, Australia, and the United Kingdom to safeguard children and vulnerable adults, she is concerned that these policies are not universal.

Currently, the United States is the only country in which Church officials are legally-mandated reporters of sexual abuse, she said, which she believes should be a worldwide policy.

"Every child is equally precious. Where he or she lives should not decide whether they will be safe or left at risk," she said. "So why is this not being done?"

"Sadly, canon law has been more often used to protect the abuser than to punish him," she said. If existing ecclesiastical norms could no reflect "real zero tolerance , then the Church needed to  "write a new canon law."

Collins also called for accountability at the highest levels for those who protect abusers, saying that those responsible for the cover-up must be dismissed from their posts, or "if necessary, removed from the Church and the clergy entirely."

While praising positive progress towards meaningful reform in many places, the panel expressed a collective concern that safeguards had not been adopted in many parts of the world.

Gabriel Dy-Liacco praised the steps taken in the United States, Australia, and Ireland.

Dy-Liacco, who lives in the Philippines, is the father of five children- one daughter, and four sons. He expressed concern for his children in the Philippines, which has not implemented the same child protection safeguards that the United States has done.

The rest of the world's response to the abuse crisis "leaves much to be desired," he said. "Not for a lack of good intention (...) but a lack of concrete action."

The member of the Pontifical Commission for the Protection of Minors told the crowd he felt compelled to ask "hard questions" to ensure that his children will be safe in the Church, particularly his sons. Priests and seminarians are not vetted in his country, he said.

Dy-Liacco said if his son were to discern a call to become a priest, he would have to think, "Will he be safe in the seminary? Or the religious order he chooses?" and that, "at this point in time, I cannot answer ~yes unanimously to all of my questions."

Barbara Thorp, the former Archdiocese of Boston employee, was more blunt in her critique of the lack of a global Church response to child protection issues. She said that Church leaders had shown a "callous indifference to the suffering of children and the vulnerable."

The Church must embark on a "global plan" for child protection, she said.