We Need Monks for this New Missionary Age

Free World Class Education
FREE Catholic Classes
Monks, in every age of the Church, have been a treasure for the whole Church. This new missionary age of the Third Millennium truly needs a monastic revival.

Monks are a seed of the great renewals of the Catholic Church. Monks are prophetic seeds of the kingdom who always seem to be around right when we need them the most. We need Monks for the authentic renewal of the Church in this hour. Lord, send your Holy Spirit, send us monks for the renewal of your Church in this Third Millennium and new missionary age. 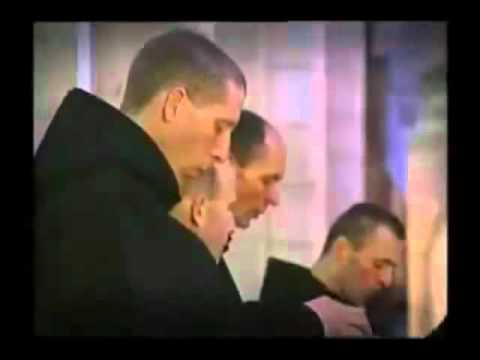 CHESAPEAKE, VA (Catholic Online) - During this week dedicated to vocations, I wish to once again address one of the most beautiful and prophetic of Christian vocations, the monastic life.

On July 11 the Catholic Church commemorated the great life and legacy of St. Benedict of Nursia. He was born around the year 480 in Umbria, Italy. He is a called father of Western Monasticism and co-patron of Europe (along with Saints Cyril and Methodius).

Benedict was chosen as a Patron due to his extraordinary influence on establishing Christianity in Europe and thus securing the Christian foundations of European civilization and the entirety of Western culture.

As a young man, Benedict of Nursia fled a decadent and declining Rome for further studies and deep prayer and reflection. He gave his life entirely to God as a son of the Catholic Church. He traveled to Subiaco; the cave which became his dwelling, the place where he communed deeply with God is now a shrine called "Sacro Speco" (The Holy Cave).

Right before his election to the Chair of Peter as now Pope Emeritus Benedict XVI, Joseph Cardinal Ratzinger traveled to the holy cave for a period of protracted prayer. In a General Audience on April 29, 2008, he spoke at length of Benedict whom he called the "Patron of His Pontificate". Now, he lives a form of monastic life on the grounds of the Vatican, praying for that renewal to continue under the leadership of his successor, Francis.

St. Benedict of Nursia lived a life of prayer and solitude for three years and studied under a monk named Romanus. His holiness drew other men and women and soon, twelve small monasteries were founded. He later traveled to Monte Cassino, where he completed his Rule for Monks.

From those Benedictine monasteries, an entire movement was birthed which led to the evangelization of Europe and the emergence of an authentically Christian culture. It can happen once again in the Third Christian Millennium. We need monks for this new missionary age of the Church. We need their courageous, prophetic and powerful presence.

The ecclesial movement which we call western monasticism led to the birth and flourishing of the academy, the arts and the emergence of what later became known as Christendom. From its earliest appearance, the monastic movement was a lay movement. From the midst of the community men were chosen for ordination in order to serve the members and the broader mission as it participated in the overall mission of the Church.

In this sense, the early monastic movement bears similarities to the ecclesial movements of this millennium which John Paul, Benedict and now Francis promote with enthusiasm. Increasingly the members of these lay movements, and the clergy which have grown up in their midst to serve the mission, are becoming one of the key resources the Holy Spirit is using for the new missionary age of the Church.

Saint John Paul II gave an address in 1980, during the fifteenth centennial commemoration of the birth of St. Benedict, in which he affirmed the extraordinary contributions of the great father of western monasticism. He recalled St. Benedict's age as a time when "the Church, civil society and Christian culture itself were in great danger."

He noted of the saint that "Through his sanctity and singular accomplishments, St. Benedict gave testimony of the perennial youth of the Church. He and his followers drew the barbarians from paganism toward a civilized and truly enhanced way of life. The Benedictines guided them in building a peaceful, virtuous and productive society."

The contemporary West has rejected its Christian roots and embraced a new paganism. What Benedict XVI called the "Dictatorship of Relativism" is the bad fruit of a rejection of the very existence of any objective truth. Given the current state of moral decline, we need to view the West as mission territory.

Monks, in every age of the Church, have been a treasure for the whole Church. This new missionary age of the Third Millennium truly needs a monastic revival.

As a 'revert' to the Church, one who returned after wandering away as a very young man, I spent 21 months in a Benedictine monastery shortly after "coming home". There, I began what has become a lifelong journey of prayer and found my hunger for theology.

I also studied the early fathers of the Church. I was taught by a wonderful monk. He was the first of several monks who have graced my life with their gift of holy presence, making Christ so palpable by their interior life - one which overflows in a genuine transfigured humanity.

From my encounters with monks, living immersed as they do in their unique and vital vocation, I learned that no matter how much formal theological study they have, it is their depth of prayer which makes them the best of theologians. So it should be with all theologians - one cannot give away what one does not truly have.

It is out of the storehouse of grace that monks and theologians are able to help the faithful in their pursuit of the longing of every human heart, communion and intimacy with the God who has revealed Himself. We find, in the words of Pope Emeritus Benedict XVI, the "human face of God" in Jesus Christ.  What is necessary is to encounter Him, contemplate that beauty and be transformed by the encounter.

A part of monastic life and spirituality is also labor, immersed in prayer. Monks support themselves through hard work, dedicated to God and caught up in the ongoing redemptive work of Jesus Christ in and through His Church. They follow a "Rule", a Way of Life. Yet, even in that, they peel back the deeper mystery and remind us that all work done in the Lord participates in His ongoing work of redemption.

Too often, people mistakenly believe that the monk retreats from the world because of its "corruption". In fact, the monk retreats (in differing ways in accordance with their particular monastic response) precisely in order to transform the world by his prophetic witness and powerful prayer.

The dedicated monk is an essential part of the Lord's plan for the Church. The Church is what the early Fathers called the New World, being recreated in Christ. We who have been baptized never again leave the Church. We actually live in the Church and go into the world to bring all men and women home.

Monasticism in the first millennium gave us the fountain of theological wisdom which still inspires the Church. Those who went into the desert became the great teachers, fathers, confessors and prophets. Their prayer and witness kept the Church in the Divine embrace so that she could effectively continue the redemptive mission of the Lord.

In the second millennium, their work and witness continued. Sadly, the Church had been torn in two with the first split, East and West. In the East, the Monks continued to be a resource for the kind of theology which brings heaven to earth and earth to heaven. From their ranks the great Bishops of the Church were chosen and the Church was continually renewed.

In the West, the great Monasteries of Europe became the beating heart of the emergence of Christendom. The extraordinary intellect exhibited in the emerging theological tradition birthed in the monasteries enabled the Church to contend with daunting challenges, welcome them without fear, contend for the faith and offer the claims of Truth Incarnate.

Monks are a seed of the great renewals of the Catholic Church. Monks are prophetic seeds of the kingdom who always seem to be around right when we need them the most. We need Monks for the authentic renewal of the Church in this hour. Lord, send your Holy Spirit, send us monks for the renewal of your Church in this Third Millennium and new missionary age.

Deacon Keith A. Fournier is Founder and Chairman of Common Good Foundation and Common Good Alliance. A married Roman Catholic Deacon of the Diocese of Richmond, Virginia, he and his wife Laurine have five grown children and six grandchildren, He serves as the Director of Adult Faith Formation at St. Stephen, Martyr Parish in Chesapeake, VA. He is also a human rights lawyer and public policy advocate who served as the first and founding Executive Director of the American Center for Law and Justice in the nineteen nineties. He has long been active at the intersection of faith, values and culture.He was recently appointed Special Counsel to Liberty Counsel.