Why is the world warning against travel to the United States?

News of the controversy and hate crimes linked between the black community, police officers, the LGBT community, racial relations and ongoing threats of a terrorist attack has other countries warning travelers against visiting the United States. 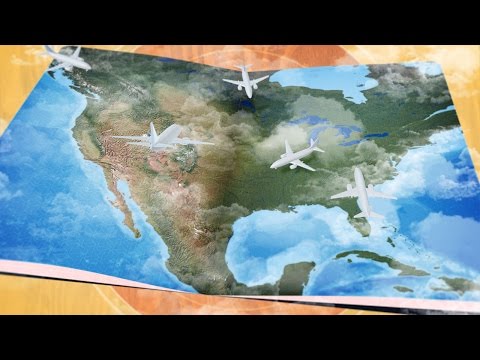 LOS ANGELES, CA (Catholic Online) - According to US News, several countries have warned America is no longer a safe country to spend vacation.

The Bahamian government issued a statement last week reading: "The Ministry of Foreign Affairs and Immigration has take a note of the recent tensions in some American cities over shootings of young black males by police officers.

"Do not be confrontational and cooperate. If there is any issue please allow consular offices for The Bahamas to deal with the issues. Do not get involved in political or other demonstrations under any circumstances and avoid crowds....Pay attention to the public notices and news announcements in the city that you are visiting."

The advisement went out before America's Fourth of July celebrations after the Dallas officers were attacked.

While the Bahamas were concerned with black males in the U.S., the United Kingdom warned LGBT travelers "may be affected by legislation passed recently in the states of North Carolina and Mississippi" in what many believe is a reference to the transgender bathroom laws.

The warning was posted to the country's information page on local laws and customs for travelers visiting the United States.

The information reads: "The US is an extremely diverse society and attitudes towards LGBT people differ hugely across the country. LGBT travelers may be affected by legislation passed recently in the states of North Carolina and Mississippi. Before traveling please read our general travel advice for the LGBT community."

New Zealand had a list of warnings to cover threats from terrorism, crime, civil unrest and more in America.

The government's safe traveling website warned: "The United States remains a likely target for terrorist activity by domestic-based extremists and internationally-trained individuals and groups, and we continue to receive reports that terrorist groups are planning attacks against the United States.

"Terrorist attacks have occurred in the United States in recent years and a significant number of terror plots have been disrupted....There is a higher incidence of violent crime and firearms possession than in New Zealand...We recommend you avoid all protests and demonstrations as an occasion civil disorder can result."

The United Arab Emirates recently published a "special alert" saying all UAE students, patients and citizens in the United States should "stay away from any ongoing or planned demonstrations and protests in cities around the United States" as well as to be aware of their "immediate surroundings and avoid crowded places when possible. Exercise particular caution during large festivals or events..."

Bahrain, a small Persian Gulf country near Saudi Arabia, warned against protests and crowded areas, possibly because it is intimately familiar with what the U.S. State Department described as: "spontaneous and violent anti-government demonstrations ... particularly at night and on weekends [where] participants occasionally throw rocks, Molotov cocktails, and utilize improvised explosive devices and shotgun-like projectile launchers."

Other countries, such as Australia, Germany, China, Russia and Belgium, have also been warned of possible terror attacks and the high number of citizens who legally possess and carry guns in public.

With so much turmoil in the United States, it's difficult to deny travelers should be aware of their surroundings and avoid confrontations with officers - but all travelers should do these things regardless.

The sad truth is the United States isn't the safe place it once was and, despite its progression, it still takes steps backward. The real question isn't whether America is safe, it's when will it stop digressing?