Skulls, pets, babies and the dead: The strangest things people try to smuggle on airplanes

Airport security is one of the toughest to go through and is necessary to ensure the safety of those inside terminals, on planes and at the plane's destination. However, some people attempt to bypass TSA security measures to smuggle strange items in hilariously creative ways. 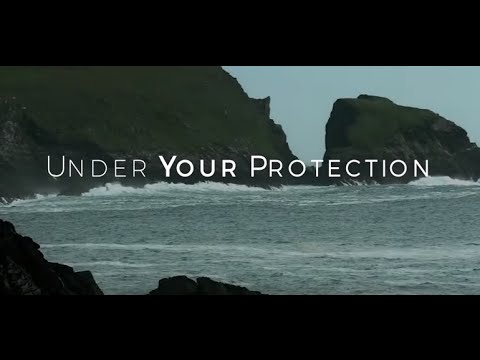 MUNTINLUPA, PHILIPPINES (Catholic Online) - With increased airport security, you would think it impossible to smuggle anything onboard...and you'd be right! Check out what these people tried to smuggle, and how they tried to do it!
BirdsOfficials still don't know why a 23-year-old Australian traveler tried to smuggle 2 live pigeons and an undeclared aubergine (eggplant) back in 2009. The man was caught at Melbourne Airport after custom officials found 2 eggs inside a vitamin container in his luggage. The pigeons were wrapped in padded envelopes and strapped to each of his legs with a pair of tights.

PetsA pet chicken was placed into an X-ray scanner by a passenger for a domestic flight at the Kathmandu Airport in Nepal. It was said that the security officer there didn't indicate an ounce of surprise and no one could tell whether or not the chicken made it to its owner's destination.
An 8-year-old boy placed his pet turtle inside his underpants after his grandmother told him pets weren't allowed on the flight. The child refused to let the turtle go, as his grandmother instructed, and security officials noticed something moving in his underpants. When they inspected the boy, they discovered and took the turtle.
One passenger managed to stow a 4-week-old kitten in her handbag and made it past TSA security. However, another passenger informed authorities at Glasgow Airport that something was moving in the traveler's bag, which led to the kitten's quarantine to guard against infectious diseases.

ToysSome toys are also not allowed on flights. A 3-year-old boy was distraught after he was told he couldn't take his Minion Fart Blaster toy with him on his way back home from Dublin last month. Airport authorities reminded parents that toy guns, especially those with triggers, are prohibited.
The same thing happened to a 4-year-old who was forced to hand over his plastic nerf gun to security last April. His parents were shocked that the officials patted down and inspected the child thoroughly after the incident.
People
Six human skulls were confiscated by Indonesian airports in two different attempts in February and March. Authorities speculated that the skulls, hidden in saucepans, were from the Dayak tribe of Borneo which were supposed to be shipped to Australia and Amsterdam either for research or for a personal collection.
A mother and daughter were arrested in 2010 for trying to smuggle the corpse of Kurt "Willi" Jarant. The two told security that the Alzheimer's disease-stricken man was just sleeping. However, no charges were filed against them after they argued that their 91-year-old husband and father died as they tried to catch their flight.
Two babies were also attempted to be smuggled due to the lack of proper papers.
A mother and child, who was placed inside a carry-on bag, were caught at a TSA terminal and later allowed to take a flight from the Philippines to Papua New Guinea with no charges filed.
An Egyptian couple placed their baby inside a bag since none of them had immigration papers. The parents were told they would be held at the airport for a few days so they chose to take a chance and attempted to keep their baby in a bag. They were immediately caught.
SculptureThe "War Throne," a sculpture made by Mozambican sculptor Goncalo Mabunda, was created out of decommissioned dangerous weapons including inert grenades and bullets. It is still in the custody of the US Bureau of Alcohol, Tobacco and Firearms (ATF). It can only be returned to its purchaser, Adam Solow, if he applies for a firearms importation permit or uses a broker.
BombA 15-year-old who brought an alarm clock designed to appear as a stack of dynamite with a timer was charged with "mischief." He was at the Toronto Pearson International Airport in Canada when security noticed the device and shut down screening areas and evacuated that area of the airport for three hours.
In an interview with a Canadian news channel, Constable George Tudos said, "The moral of the story is make sure the items you pack are allowed on a plane."
Traveling? Make sure you pack properly.