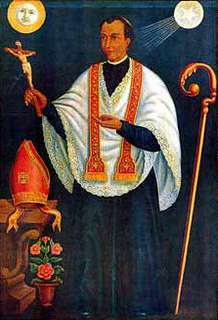 Fr. Vaz entered Ceylon (now Sri Lanka) during the Dutch occupation, when Calvinism was the official religion. He traveled throughout the island bringing the Eucharist and the sacraments to clandestine groups of Catholics. Later in his mission, he found shelter in the Kandyan kingdom where he was able to work freely. At the time of his death, Fr. Vaz managed to rebuild the Catholic church on the island. On 21 January 1995, he was beatified by Pope John Paul II in Colombo.