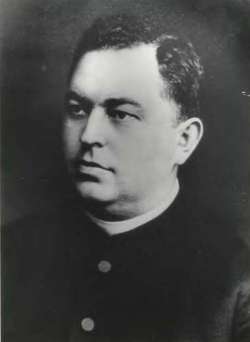 The 108 Martyrs of World War II, known also as 108 Blessed Polish Martyrs, were Roman Catholics from Poland killed during World War II by the Nazis.

Their liturgical feast day is 12 June. The 108 were beatified on 13 June 1999 by Pope John Paul II at Warsaw, Poland. The group comprises 3 bishops, 52 priests, 26 members of male religious orders, 3 seminarians, 8 religious sisters and 9 lay people. There are two parishes named for the 108 Martyrs of World War II in Powiercie in Ko?o County, and in Malbork, Poland.