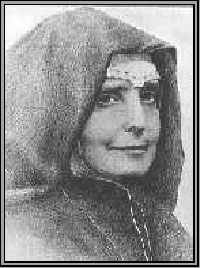 St. Vincentia Maria Lopez Y Vicuna, Virgin (Feast day - December 26) Vincentia was born at Cascante, Spain, in 1847. While being educated in Madrid, she lived with her aunt who had founded a home for domestic servants. That form of charity impressed Vincentia. Accordingly, she took a vow of chastity and, in concert with her aunt, organized a group of ladies who were interested in ministering to working girls. Between 1871 and 1876, she developed a written rule for her group, and in 1878, with three others, she took the vows of religion. Out of this grew the institute of the Daughters of Mary Immaculate for Domestic Service. The congregation, having spread throughout Spain, other sections of Europe, and Latin America, was given papal approbation in 1888. On December 26, 1896, Vincentia died at Madrid, and she was canonized in 1975 by Pope Paul VI. The dedication of one's life to the service of others reflects the depths of devotion and care that Joseph and Mary exemplified at Bethlehem. St. Vincentia reminds us that reaching out to others allows us to do God's will.