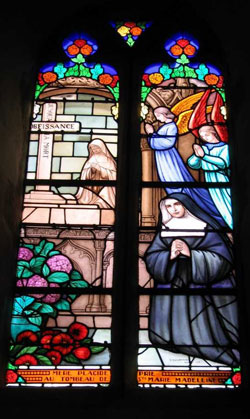 4 1/2" St. John the Evangelist Pewter Statue on Base