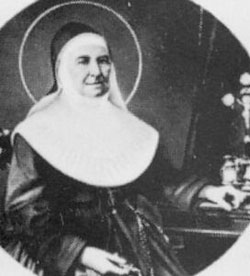 Foundress of the Daughters of Our Lady of Mercy. She was born at Albisola Marina, Liguria, Italy, in 1811, and was baptized Benedetta. At sixteen she became a Franciscan tertiary, and in 1837, she and three companions, Pauline Barla, Angela, and Domenica Pessio, found a community in Savona. The congregation was devoted to charitable works, hospitals, and educating poor young women. In 1840, Maria Giuseppe, also called Josepha, was made superior. By the time she died on December 7, 1888, she had made sixty-eight foundations. She was canonized in 1949.