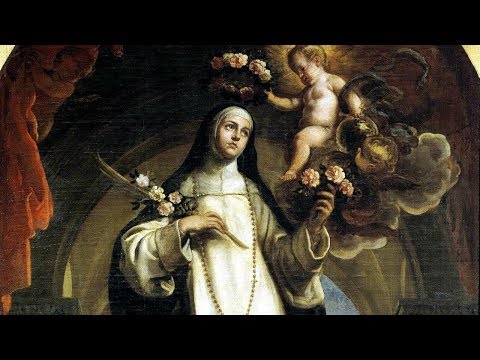 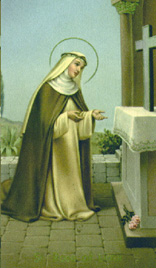 Historians remember St. Rose of Lima for her piety and chastity. Born in 1586 in Lima, Peru to Spanish colonists, and named Isabel Flores de Olivia, she was exceptionally beautiful.

Her beauty was so great that she was nicknamed "Rose," a name that remains with her to this day. According to legend, a servant had a vision where her face turned into a rose. At her confirmation in 1597, she officially took the name of Rose.

From an early age, Rose wanted to become a nun. She often prayed and fasted in secret. She performed secret penances, some of which were painful and severe. She performed daily adoration of the Blessed Sacrament and took daily communion.

As a young woman, her beauty began to attract suitors. To deter these men, St. Rose marred her face, rubbing it with pepper to make it blister. She cropped her hair short.

Her parents opposed her plan to take a vow of chastity. This resulted in a clash of wills, because her parents wanted her to marry. Her father eventually relented and gave her a room to herself.

St. Rose kept herself cloistered in her room, spending long periods in prayer. It was said she slept only two hours per night so as to have more time for prayer.

She quit eating meat altogether, an extreme dietary restriction for that time.

When she turned 20, she was permitted to join the Third Order of St. Dominic. She continued a life of extreme prayer, fasting and penance. On one occasion she burned her hands as a self-imposed act of penance.

She was known to wear a heavy silver crown, with spikes that could pierce her flesh. The spikes reminded her of the Crown of Thorns. At one point, one of the spikes become so lodged in her skull that the crown was removed with great difficulty.

St. Rose died in on August 25, 1617, at the age of 31. According to legend, she accurately predicted the date of her death. Her funeral was a major event attended by all the city's authorities.

Pope Clement IX beatified her in 1667 and Pope Clement X recognized her as a saint, canonizing her in 1671. Her feast day is August 23 around the world, although some countries, like Peru, celebrate her on August 30.

St. Rose is the patroness of embroiderers, gardeners, florists, those who suffer ridicule for their piety, and people who suffer family problems. 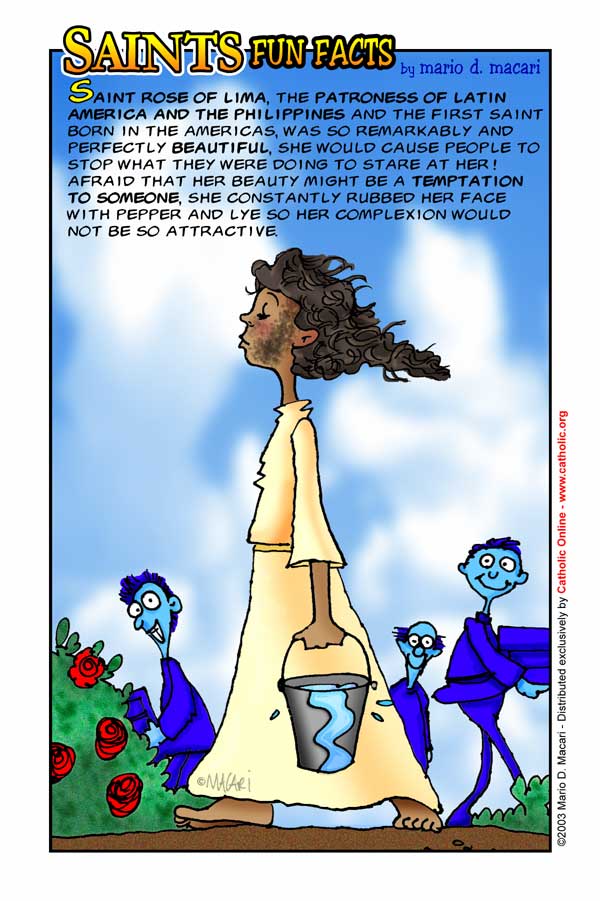