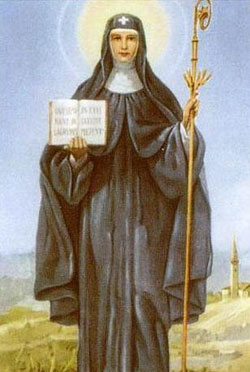 Burgundofara (Fara) was the daughter of Count Agneric, courtier of King Theodebert II. She refused her father's demands that she marry, and became Abbess of a convent she convinced him to build, and ruled for thirty-seven years. Named Evoriacum, the convent was renamed for her after her death, and in time became the famous Benedictine Abbey of Faremoutiers. She is also known as Fare. Her feast day is April 3rd.