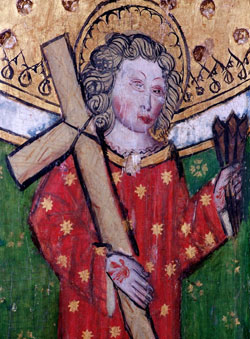 Supposed martyr. According to discredited tradition, he was a young boy and an apprentice to a tanner in Norwich, England. William was murdered by two Jews in a terrible ceremony prompted by a hatred for Christ. There is no evidence to support the legend, and it declined owing to papal displeasure in the years prior to the Reformation. It is now suppressed.

Celebrations of the Word in the Year of St. Paul