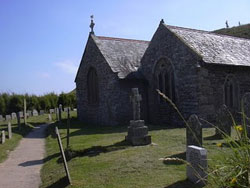 Abbot-founder, also called Wonnow, Wynwallow, and Gwenno. Born at Ploufragen, in Brittany, France, he was ofAnglo-Saxon descent. At the age of fifteen he entered the monastery on Lauren Island under Abbot Budoc. Several years later he and eleven monks founded Landevenne Monastery near Brest, in Brittany on land donated by Prince Gallo. Winwabe died there. As there are several churches in Cornwall, England, dedicated to him, it is possible that he had some connection with that region or that some of his relics were translated there in later years.