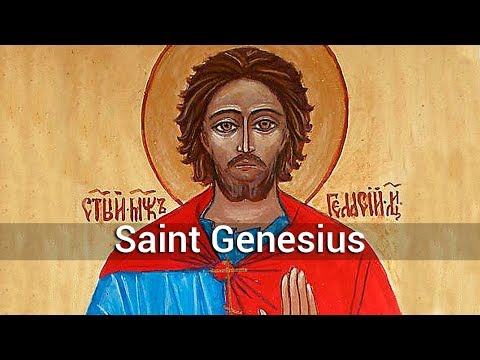 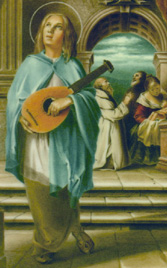 Creation and Redemption are part of a grand masterpiece of love initiated by God, the Divine Artist. He created the world out of love, in love and for love. All who dwell upon it can become a manifestation of His Beauty - by responding to His invitations of grace.

There is an integral connection between beauty and the Christian vocation to manifest the presence of the living God in this world. Beauty is a path to encountering the God who is its source and summit.

To be fully Christian is to be fully human, and fully alive. We are paintbrushes in the hand of God the Divine Artist, and through us He intends to manifest his beauty.

In Saint John Paul's "Letter to Artists" he referred to all artists as "Images of the Creator." He wrote, "to communicate the message entrusted to her by Christ, the Church needs art. Art must make perceptible, and as far as possible attractive, the world of the spirit, of the invisible, of God."

The late Pope explained, "Beauty is a key to the mystery and a call to transcendence. It is an invitation to savor life and to dream of the future. That is why the beauty of created things can never fully satisfy. It stirs that hidden nostalgia for God, which a lover of beauty like Saint Augustine could express in incomparable terms: "Late have I loved you, beauty so old and so new: late have I loved you!" (John Paul II)

He called Christian artists to create "epiphanies of beauty" and encouraged the flourishing of all the arts in a great renewal of humanity for our age. His letter began with these words from the Book of Genesis: "God saw all that He had made, and it was very good (Genesis 1:31)." It still is. Included among artists are actors and playwrights.

In the early years of the first Christian Millennium, the theatre was debased and inhuman because human culture had become debased. Even though Christians desired to participate in the culture, they often avoided the theatre because of this.

That is one of the reasons why the story of the actor and martyr named St. Genesius is so unique and inspiring.

It is also very timely.

We live in an age when the theatre is again becoming debased. As our culture moves away from God, it is losing an understanding of the dignity of the human person. When a culture rejects God, it rejects beauty.

That is why we need contemporary Christian artists to create new "epiphanies of beauty" for a new missionary age. The story of St. Genesius needs to be re-told in this hour. The witness of his martyrdom, along with his intercession, can help inspire new Christian playwrights, actors and artists.

What we know about St. Genesius comes from an ancient Christian tradition which was affirmed in a seventh century document called the Acts of the Martyrs which tells his story.

During the brutal persecution of Christians under the evil emperor Diocletian in the third and fourth centuries, a pagan man named Genesius wrote a play mocking Christianity.

The emperor Diocletian traveled to Rome in the year 303 to celebrate twenty years as an emperor. Genesius knew of the emperors hatred of Christianity and thought he could advance himself by writing and performing in a play which mocked the Christian faith which Diocletian was hell bent on destroying.

Christian tradition tells us that Genesius decided that the best way to learn this Christian way in order to write such a satirical play and act in it, was to deceive members of the Christian community into believing that he wanted to enter the catechumenate and prepare for Baptism.

He was successful. They accepted him into the catechumenate.

It was during the months of instruction in preparation for Baptism that Genesius decided to make the Christian claims that Baptism washed away sin and brought the baptized into a new life in Jesus Christ the subject of his play.

He planned to mock the claim on stage, in front of Diocletian! However, during the period of instruction in the Christian Way, he found himself increasingly drawn to the Savior whom the Christians proclaimed and became conflicted.

He finally left the catechumenate and rejected the claims of Christianity.

He then decided to proceed with his blasphemous plan to write a play which was a parody of Christianity and perform it in front of the Emperor. He wanted to curry favor with this evil emperor and enhance his standing in the empire.

When the time came for the performance of the play, before the emperor, Genesius appeared on stage, playing a bedridden sick man who cried out to be Baptized. An actor playing a Christian priest came to baptize the sick man. The entire play was supposed to mock the Savior Jesus Christ and the Christian way of life.

But, the Lord had other plans.

Diocletian became enraged. He had this holy, newly baptized Christian, tortured and beheaded when he refused to renounce his faith in Jesus Christ the Lord. Genesius is the Patron Saint of Actors. St. Genesius, pray for us!