If you were pope... 'Papal Simulator' game coming soon

Free World Class Education
FREE Catholic Classes
Do you get to pick your name?

Have you ever wondered what it would be like to be the Pope? Well, a new game under development could give you the chance to find out. 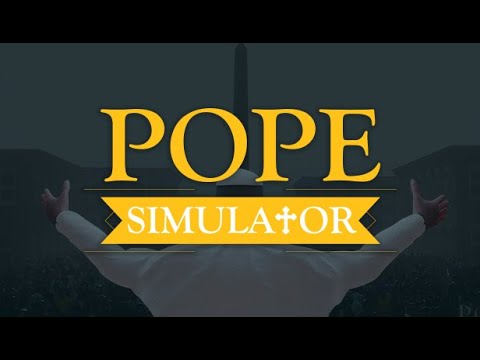 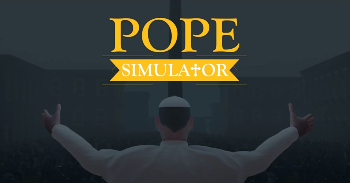 A new game coming to the Steam store will allow you to play pope with a goal of achieving world peace.

LOS ANGELES, CA (California Network) - A new game, "Pope Simulator" is under development. The Polish software firm, Ultimate Games S.A. is producing the title for release on the Steam store. Steam is a digital store where people can buy, play, and save their PC games.

Pope Simulator will allow the player to take the role of a new pontiff with the challenge of bringing about world peace. Exactly how this will be accomplished is unclear, but the game's trailer suggests you will deal with regional issues, negotiate an end to conflicts, give speeches, and pray.

The graphics appear a bit elementary, but won't interfere with the gameplay. Specifically, there will be many occasions when you extend your "papal arm" to bless crowds and wave. But the title is still in early development, so your holy appendage may look a lot nicer in the final version.

The trailer also shows a poignant moment when you have the option to bless a child. How can you resist?

The game is clearly well-intentioned and may help people to appreciate some of the complexities of being the Holy Father. Many people view the pope as a person whose duty is to pray and bless things. But this is only one aspect of the papal job. Popes are often negotiators, getting involved in political affairs, even conflicts, just as much as working on ecclesiastical matters. The game should give players a balanced experience where they will have to spend time attending to secular and religious concerns.

One feature of the game is to design your papal seal. In another, it seems you can assign attributes to your character which will make it easier, or more difficult to achieve certain goals. To recharge yourself, you will have to spend time in prayer and meditation --just like in real life!

In recent years, simulators of all kinds have become so popular, there is now a whole genre of them available on Steam. Some of the titles are quite mundane, like "Bus Simulator." Others deal with less glamorous or honorable pursuits, like "Thief Simulator." And in a world with games all about fighting and war, perhaps here is a wholesome title. Something to show that clean games without violence can entertain just as well.

Pope Simulator is due for release sometime in 2021. It will be published on Steam for the PC. The firm also says they will produce the title for console games, but after the initial PC release.