The Catholic Church and Pandemics

The Catholic Church has existed since the time of Christ and in those two thousand-plus years of history it's bore witness to extraordinary times. Today, as the world deals with the outbreak of pandemic disease in the form of COVID-19, we reflect on the Church's history of fighting disease. 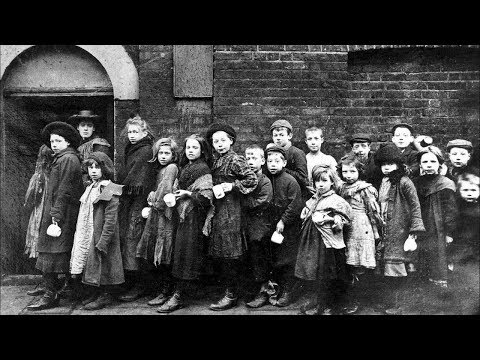 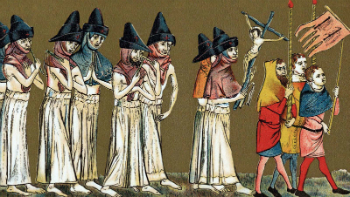 The Flagellants were a heretical movement which grew during the time of the Black Death in Europe.

LOS ANGELES, CA (California Network) - There is no institution in the world so unworthy of anxiety as the Catholic Church. The Church has survived every kind of disaster, upheaval, and war, and continues to perform its work all the same. While many churches have closed their doors, Masses are still said by the priests, communion is distributed, and the Sacraments are performed without as much ceremony. But the Church abides.

The Church has a long history of surviving. Disease, war, dictatorship, even heresy within its own ranks. This is attributed to the promise of Christ in Matthew, 16:18, that hell will not prevail against the Church.

In our modern era of vaccines, sanitation, and medicine, few people appreciate the serious threat posed by disease. Until quite recently, pandemics were an artifact of earlier times, a thing our ancestors struggled with, but we no more. Even recent declarations of pandemics seem academic and unreal. Until now, pandemic disease has inconvenienced very few of us.

But disease is a major force in shaping human history. And despite our modern ways, a well-adapted disease with just the right properties of contagiousness and virulence, can rip and burn through our population despite our best precautions. That's what we are seeing now with COVID-19. It should be a lesson in humility for us.

The Church's history fighting disease dates back at least to the late 6th century. In the year 590, a plague swept through Rome, and Pope St. Gregory the Great and others processed through the streets in prayer, carrying an image of Mary. According to legend, St. Michael the Archangel appeared at the top of the ancient building that is now the Castel San't Angelo. The plague was dispelled and in thanksgiving, the Pope had a statue of St. Michael made and placed atop the castle.

Later, during the Medieval period, the Church established the first hospitals. The existence of places to care for the sick dates back to ancient times, but the first dedicated, permanent hospitals were established by St. Benedict of Nursia around 529 AD. In the year 1099, the Knights Hospitaller established a hospital for pilgrims to the Holy Land. Today that order remains involved in care for the sick and is known as the Knights of Malta. The creation of hospitals as places where the sick could receive dedicated care was a compassionate revolution. However, as well-intentioned as hospitals were, the people of the time lacked all knowledge of germs. Patients often shared oversize beds, which could result in the easy transmission of disease.

During the Black Plague, the Church found itself on the front lines of the pandemic. The plague swept through Europe between 1347-1354 AD and killed up to half the continent's population, although the impacts varied by location. Some places saw few deaths while others were entirely wiped out.

The clergy's record during the plague was mixed. Most clergy helped tend to the sick and dying, and as a result many became ill and died themselves. Coughing patients could kill their caregivers in as little as 24 hours when the bacteria settled in the lungs. A few clergy abandoned their flocks and fled urban areas for rural places where they believed they would be safer. This wasn't always the case, since the disease was broadcast by fleas carried by rodents.

Meanwhile, the Pope Clement VI believed the disease to be carried by a manifestation of Satan in the form of black cats. He ordered the destruction of all black cats. However, zealous Christians set about killing all the cats they could find. The problem was that cats ate rodents, the chief vectors for the plague.

Some people attempted to appease what they saw as God's wrath with public penance. Groups of people called Flagellants would walk in processions through towns, whipping themselves bloody. The Church found the practice offensive and declared the Flagellants heretics.

In more recent times, the Church developed hospitals and many religious have served in them, right up to the present day. In 1918, churches were closed in response to the Spanish Flu pandemic. That outbreak would kill some 50 million people around the world, many millions more more than the preceding four years of combat in WWI combined.

Despite the danger, uncounted numbers of religious went to work around the clock to tend to the ill in Catholic hospitals, monasteries, and makeshift centers. Eventually, the disease burned itself out, but not before taking a toll on the Church's clergy and religious.

Today, the Church is responding to the COVID-19. Its hospitals are working. Churches are closed in some places, yet priests, deacons and ministers are out distributing Communion and Sacraments.

The ultimate impact of COVID-19 remains to be seen. But one thing is known. The Catholic Church will continue to serve the world until the end of days, no matter what comes.