Free World Class Education
FREE Catholic Classes
A massive star is about to go supernova, here's what that means.

Scientists are closely monitoring a prominent star in the constellation Orion, and say it could be close to going supernova. Here's what that means. 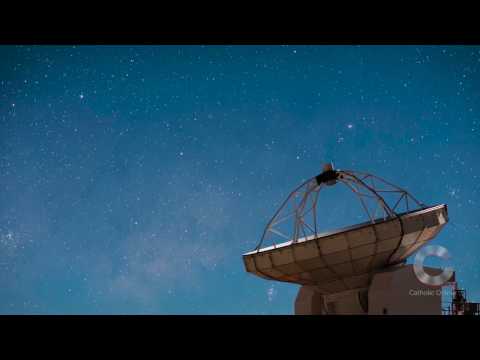 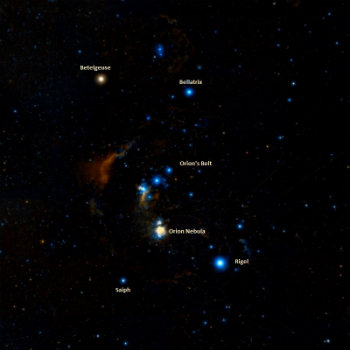 Betelgeuse is a well-known red supergiant star in the upper left of the constellation Orion.

Shortly afterward, the planet Jupiter collapses into itself and forms a bright new star.

Back on Earth, astronomers are watching the star Betelgeuse unexpectedly dim, in anticipation of a possible supernova explosion.

Betelgeuse is a red supergiant star, also known as Alpha Orionis. Almost every person has seen the orange star, which shines as one of the brightest in the nighttime sky. It is high overhead during the winter months in the constellation Orion. Betelgeuse marks Orion's shoulder. The name is often pronounced "beetle-juice" although this is the source of some dispute.

Betelgeuse is so massive, if it were placed in our solar system, it would engulf everything out to the orbit of Jupiter.

A star is a massive ball of hydrogen gas. Hydrogen is the fundamental element of the universe, being the most simple of all. But when enough hydrogen clumps together into a star, something wonderful happens. The weight of the hydrogen becomes so extreme that atoms get fused together in the core. This results in fusion explosions, which is the same process that happens in a fusion atomic bomb. A tremendous quantity of energy is released as heat and light. In the core of a star, this process happens millions or billions of times each second, depending on the star's size. When two hydrogen atoms are fused together, they become a single atom of helium.

Next, the helium is fused, forming heavier and heavier elements until the star begins fusing iron in its core. When this happens, the star can no longer support its own weight and collapses. According to models, this would make the star dim for a time. Then, as all the material inside the star collapses inward, it explodes with a final burst of violence. In seconds, dense, heavy metals are formed, such as gold and uranium. These elements cannot be formed in any other way, they are only formed in the core of a star at the moment of death. The very gold in your wedding ring was created in a supernova.

Supernovas represent the death of stars, but they are also something wonderful. From the elements formed in a supernova, new things can arise. If there's enough helium, a new, smaller star will form. And the cloud of dust given off in the supernova will eventually condense and form planets. Our own solar system was formed in this way.

While Betelgeuse has dimmed many times in the past, this is the dimmest ever recorded in history. That's why scientists are paying particular attenuation now. Most believe the exceptional event is the result of coincidence, that the six-year and 14-month dimming cycles have merely coincided. But if that were true, then similar events should have been reported in history. They aren't.

Scientists are reticent to say Betelgeuse is about to go supernova, but they would like to see it happen. Supernovas are rare events, and they are always detected after they begin. They can be so bright, we can detect them in distant galaxies. In the year 1054, a supernova took place in the Milky Way. It was about 6,000 light-years away, but was still bright enough to shine in the daytime sky. The event was recorded around the world.

But with Betelgeuse, we could be seeing the beginning of a supernova for the first time. That's of great value to scientists.

Betelgeuse is about 700 light years away. That's far enough so that Earth will not be harmed by the explosion, which gives off deadly radiation. But it is close enough so the event will be bright. In fact, it will be at least as bright as the full moon. It will be visible in the daytime sky, and it will cast shadows at night.

Its distance also means the light from Betelgeuse has traveled for 700 years to reach us. In fact, the star may have already exploded, we just can't see it yet because the light hasn't reached us.

If Betelgeuse is about to go supernova in our sky, we will know within weeks to months. The star will either return to its customary brightness, or it will brighten within days to become a daytime star. The event would last about a year, then Betelgeuse would dim steadily, winking out of sight, forever. In its place, telescopes will show observers an expanding ring of dust and glowing gasses for many centuries to come. Someday, those gasses will condense and over billions of years, new stars and planetary systems will form.

In the Bible, a new star in the sky heralded the birth of Jesus Christ. It was a sign of hope and a symbol of a promise to mankind fulfilled. In the 2010: Odyssey Two, the world is on the brink of nuclear war between the United States and Soviet Union. The new star (remarkably dubbed "Lucifer") inspires both nations to lay down their arms and pursue peace.

Perhaps if Betelgeuse does go supernova, it will be taken as a sign. Perhaps it will inspire faith, and the world's leaders will pursue peace.

When Betelgeuse explodes, whether in the months to come or in the next 100,000 years, it will be an incredible, awesome sight to behold. How lucky we will be to observe something so rare; a profound miracle orchestrated by God through which creation happens anew. If that does not inspire faith, nothing can.