Facebook stock plunged yesterday on a poor report to Wall Street. The company's stock fell almost 20 percent, wiping out almost $150 billion in value. Zuckerberg himself lost about $20 billion in personal net worth within hours. He has dropped from the fourth richest person in the world to the eighth. It's unlikely that affects him in a significant way, but investors may demand his ouster from the company. 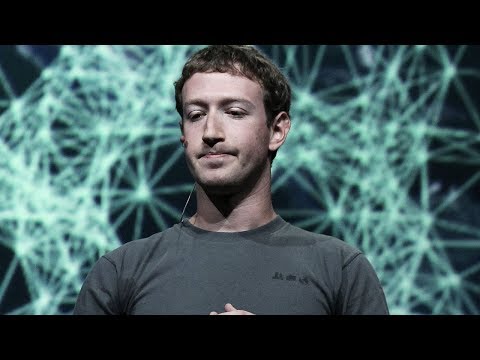 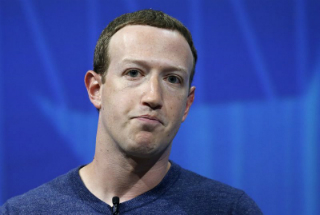 LOS ANGELES, CA (California Network) - Facebook's value plunged by a staggering $150 billion after the company missed Wall Street expectations for quarterly growth. The last quarter on record showed the number of monthly active users on the network totaled 2.23 billion, which was under the expected figure of 2.25 billion.

Facebook has been hurt by new privacy laws in Europe, which makes it easier for people to limit the use of their data, or to be deleted from the network altogether. Data breaches and scandals involving fake news have also impacted the firm. The value the site provides to users has diminished as Facebook pushes ads to users in an attempt to make money. The result is that users leave the platform because they see less of their friends and families, and more fake news and advertising.

Facebook has also been criticized for polarizing its users by creating a virtual echo-chamber. Users are often only shown content they prefer, so they are less exposed to other points of view. This keeps users engaged in the short-term, but it also entrenches strong opinions. For example, a liberal may only see liberal news and information which would serve to reinforce their worldview, regardless of facts. This goes for all users.

Finally, Facebook has a large community of trolls, who are people who spend their time posting comments and content intended to upset others. This is done for amusement but can drive honest users away from the network.

Many Facebook profiles are also fake, used by people who seek to hide their identity or to spam others.

In the estimation of some experts, Facebook may have peaked, and will now enter a long period of decline. The social network has not added any remarkable new features in some time. Instead, Facebook is mostly enhancing existing features; there are only so many ways to share a photo or an opinion.

Facebook provides value to users, but it also uses users' data to make money. In fact, the users are not customers, they are the product. User data is sold to marketers who pay to reach potential customers.

One possible solution would be to create a premium version of Facebook where users can purchase a paid subscription for a more customizable experience with few to no ads. By offering the same to businesses and by increasing profit sharing with content creators, the company could generate a steady stream of reliable revenue. However, no such plans have been announced.

Zuckerberg himself has promised users that Facebook will always be free to use, but that does not prevent the company from offering a premium service.

It may be that Zuckerberg's visionary leadership is at an end. The young billionaire may have expended all of his best ideas. If so, then the company may seek to oust him from his position at the head of the company. Zuckerberg is both the chairman and CEO of the company and he owns 60 percent of the voting shares. This gives him absolute power over the company, but shareholders may question his leadership if he cannot meet projections.

If Zuckerberg refuses to give up the company, then its shares may fall even further. If he does give up some control, then the shares may rise if a competent CEO is found. But unless Facebook improves the quality of its user's experience, the company will remain in decline until it collapses or is surpassed by a rival who can give users, businesses, and investors greater value.