What do they know that we don't? Why billionaires are planning for the end of the world

Free World Class Education
FREE Catholic Classes
Can the Church save us?

Rich people stay rich by figuring out before the rest of us what will happen next. This is why futurists often look at what rich people are doing. There is now a disturbing trend among the rich, which should concern all of us. 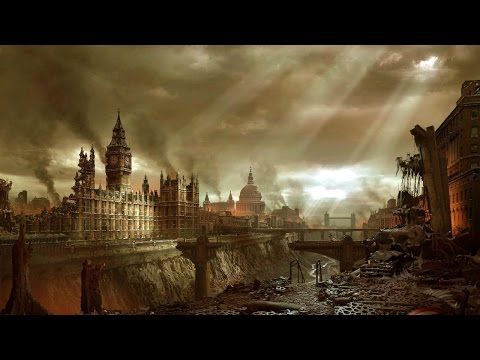 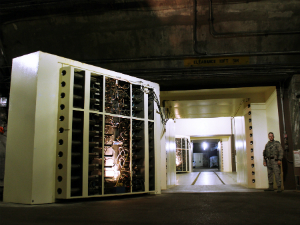 The most famous blast door in the world on Cheyenne mountain. While this is a military installation, billionaires around the world are building their own versions of doomsday bunkers.

LOS ANGELES, CA (California Network) - Follow the rich guy has always been a decent investment strategy. Thousands of investors do exactly as Warren Buffet does because they know he has a keen ability to pick investments. That's why he is rich, along with a host of other ultra-wealthy people.

Rich people stay rich by figuring out what will happen next before the rest of us know it. This is why what rich people are doing now should concern all of us.

The bomb-shelter business has boomed and a new trend is luxury bomb shelters for rich people. Bomb shelters were commonly added to homes during the height of the Cold War, now the trend has returned, despite the end of the Cold War. In fact, the United States is probably safer than at any time in history. So why are the rich prepping?

The rich know something is on the horizon, and it's bad.

Professor Douglas Rushkoff published a piece in which he described being offered a sum worth half his annual income to deliver a keynote talk about the future. Instead of being given a spot on a stage, Rushkoff was startled to find himself seated at a table with just five, unnamed billionaires. In an hours-long Q & A session, they asked him about their vision of the future.

The rich men had one topic in mind, how could they best survive 'The Event.' That was their euphemism for the coming cataclysm that would wreak chaos and destruction around the world. They asked how they could keep their private army loyal after the apocalypse. What should their strategy for survival be?

There is no one scenario for 'The Event.' Instead, it could arrive by any means, including climate change, revolution, pandemic disease, war.

The astounding thing is these wealthy people deny that the end is near and dismiss public concern as hyperbole and conspiracy. At the same time, they gather privately and wonder how they will secure a lifeboat before the rest of the passengers know the ship is sinking.

At the heart of the problem is the behavior of these wealthy individuals. They are focused on their own fortunes and preserving their own lives while doing nothing to stop the pending Event. In fact, many of their behaviors are making doom more likely, not less. Income inequality, wage suppression, aggressive resource extraction, pollution, political corruption, all these activities which only the rich can do, are making the world a miserable place for the rest of us.

The remarkable fact is the world's wealthy control the majority of the planet's wealth, yet will not do anything to solve the problems faced by the environment and most of the world's people.

So if the people with the means to save us are only interested in saving themselves, what are we to do?

The good news is The Event does not appear to be imminent. If we saw billionaires disappearing into their bunkers, we might be alarmed.

The Church, as always, provides the best answers to these problems.

First, we know not the hour. Or the means. Whether it's political chaos, climate change, disaster, war, famine, disease, it makes no difference. We could just as easily pass away from an accident, heart failure, or pneumonia. We should live our lives so as to always be prepared to give an account of ourselves.

Second, digging a bunker and hoarding wealth is no way to prepare. Recall, the servant who buried his master's talents was punished. Instead, the solution is to turn outwards and to share what we have with the world. By investing, our talents are multiplied.  The genius of the wealthy ought to be shared with humanity. The wealthy should be seeking ways to save the world, not save merely themselves.

Third, the environment, or care for creation, matters. As Pope Francis pointed out, we are expected to serve as stewards of creation. If a wealthy person can claim to own the Earth, then he should also be responsible for its care. That means managing resources to perpetuate and preserve them, and to spend what resources are harvested on the well-being of the people who work those resources and live close by.

Finally, only through reconciliation with God can we come to see with the eyes of faith all the things that our Loving Creator has willed for us. God did not create us to huddle in bunkers --a sort of living death. Instead, God created us to be social, to engage and transact with one another, and above all, to love God and our neighbor as ourselves. How remarable that this one simple commandment is all we need to make the right decisions in life.

In the meantime, let us pray for the conversion of hearts, for the protection of the Earth and the Church, and for all the world's people who deserve love, care and compassion, not abandonment to fate.