Is Facebook evil? -- How the social media giant uses your data to control you

Facebook has been caught in two new scandals, both with political implications. Unbeknownst to millions of users, Facebook has been quietly sharing your data with outsiders whose intention is to control you. 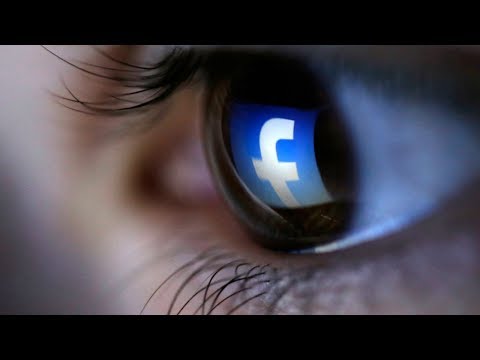 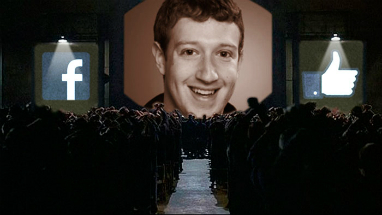 Your data is being used to control you.

LOS ANGELES, CA (California Network) - Facebook is the world's largest social network with more than two billion active monthly users, or so the company claims. The firm produces no real product and gives away access to its profiles and services for free.

Except, free is never free.

Facebook sells a product, and that product is you and your data. That data is used to control you.

It begins when a user signs up on the site and provides their information. From there, Facebook builds a detailed dossier of you and your activity. Every time you like or share a post, every quiz you take, every search you perform, adds data to Facebook's dossier on you. Even if you never discuss politics, the site can usually infer your political preferences by other means. It also discovers who your friends are, what they like, and how strong those relationships may be.

Facebook data is powerful. It has been used in experiments which have allowed scientists to predict users' futures. Experiments have predicted when people will become sick with a cold, which two people will begin a relationship, and even what route and time a person is likely to travel on a given date.

This information can be leveraged into control. At a minimum, it can be used to advertise products and services that may benefit you. For example, if Facebook can predict you will be visiting the local mall soon, it could begin showing you advertisements for the shops there. If it detects a potential budding romance, it could start advertising romantic venues to you and your potential match. And if Facebook knows when you are likely to become ill, it may begin advertising remedies before you notice symptoms.

But not everyone wants your data to sell you flowers or nasal spray. Some seek to control you for political purposes.

In 2008, Facebook allowed the Obama campaign to use your data without permission. A whistleblower, Carol Davidsen, who worked for Obama for America has told the media that the committee was caught using data taken from Facebook to boost Obama's campaign. Facebook detected the abuse, but allowed it to continue, privately messaging the campaign to say they were making a special exception for the committee because they "were on our side," Davidsen said.

Starting in 2014, Cambridge Analytica harvested data from 50 million Facebook profiles without permission. The firm worked with Steve Bannon and President Trump's election team. Using a massive amount of data, the firm wrote algorithms with the intention of targeting people with very precise political ads. By exploiting people's fears and motivations, ads promoting Trump were pushed to millions of people.

Facebook learned about the abuse in 2015, but did not tell its users, and did not make a significant effort to stop the misuse of their data.

Propaganda, political advertising, targeted advertising, none of these things are new. However, the detail found in the data harvested by Facebook is so precise that it makes it easy to manipulate people. While people are largely immune to advertising on billboards, television, email, and even online ads, advertisements slipped into the newsfeed have a stealthy quality. Many users expect to see updates from family and friends, so their minds are a little more receptive. And when an advertisement is packaged in such a way that it affects a person's bias, that ad is much more likely to "convert" a customer into doing what the advertiser wants. The problem is that these ads are not merely selling breakfast cereals and soaps, they are selling political ideas.

In short, Facebook may have more control over the public than it ought to have. It's not that people are stupid and cannot filter out garbage from their newfeeds, it's that Facebook has perfected a way of advertising products and ideas to people without them quite realizing it.

There are ways individuals can limit and restrict the data that Facebook shares with third parties, but as long as Facebook has your data, it is vulnerable. And there is no guarantee that Facebook will respect your privacy wishes -- or that they even can. The only sure way is not to use Facebook. But even then, Facebook has employed psychologists who understand the human brain and how to manipulate it. Facebook is addictive the same way a slot machine is. It's designed to hook you, to keep you coming back, to get you to share more and more data about yourself.

That's a lot of power, and it is clearly not being used for good.