A Catholic scientist reflects on the life of Stephen Hawking

The death of Stephen Hawking this week prompted a leading Catholic scientist to reflect on the life of the famed physicist, including his "astonishing" contributions to physics and his lifelong atheism. 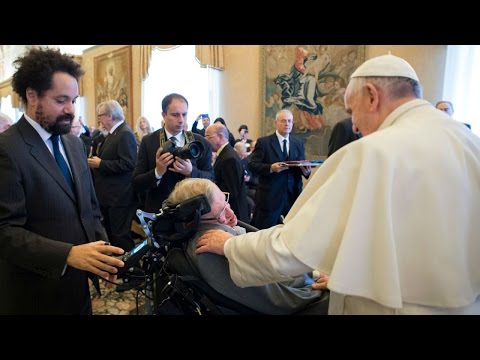 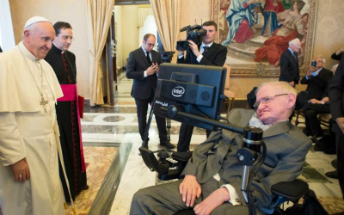 Cambridge, England (CNA/EWTN News) - "He was of course a very great physicist and one of the greatest physicists of his generation," Stephen M. Barr, a particle physics and cosmology researcher who is a professor at the University of Delaware, told CNA. "He made several major contributions to the understanding of gravity and the big bang and the black holes that will be remembered as long as physics is known."

Hawking, a Cambridge University physicist, passed away Wednesday morning at the age of 76. Author of the bestselling 1988 book "A Brief History of Time," he became a symbol of science in pop culture, appearing on shows like "Star Trek: The Next Generation" and "The Simpsons."

In 1963, as a 21-year-old graduate student, Hawking he learned that he had amyotrophic lateral sclerosis, a neuromuscular disease known as Lou Gehrig's disease. Doctors expected him to live only a few years.

Barr reflected on Hawking's success despite his poor health.

"It's amazing that he was able to do physics at such a high level when for example, most of us write on blackboards and do calculations on pieces of paper. We can hardly imagine being able to do our work when we can't do those basic things," he said. "It's astonishing. It's simply astonishing. A lot of what he did, he did in his head."

Hawking's work developed several key insights, including calculations which appear to show that black holes, the densest objects in the known universe, do in fact emit energy -- energy now known as Hawking radiation. Previously nothing was believed to escape the black hole's intense gravity. Hawking's intellectual process involved an unprecedented application of quantum mechanics to gravity.

"The most important thing about Hawking radiation is that it shows that the black hole is not cut off from the rest of the universe," Hawking said.

Barr, the current president of the Society of Catholics Scientists, reflected on what Hawking's role as a scientist means for beliefs about the origin of the universe.

In "A Brief History of Time," Hawking "made some rather perceptive remarks to the effect that physics cannot even in principle explain why there is an actually existing universe," Barr said.

"In other words, he understood and said rather pithily in that book why physics can never substitute for a Creator, though he didn't phrase it quite that way, that was the import."

Barr was critical of a later work of Hawking, "The Grand Design," co-authored with theoretical physicist Leonard Mlodinow.

"He seems to have forgotten his earlier insights," said Barr. "He was arguing, in effect, that physics can explain why there is a universe at all and why there is an actually existing universe. I find this very puzzling. He actually understood the issue in the earlier book and got confused in the later book."

Barr suggested that Hawking's lifelong atheism might have had an effect on those who overrate scientists' ability to speak on non-scientific topics. He countered that many great scientists have also been religious.

Hawking himself found recognition from the Catholic Church, being named a member of the Pontifical Academy of Sciences. This academy includes 80 global leaders in science from a variety of backgrounds and beliefs. He attended the group's annual meeting in 2016 and gave a talk on "The Origin of the Universe." He credited Catholic priest and physicist Msgr. Georges Lemaitre, a past president of the Pontifical Academy of the Sciences, as the true father of the "Big Bang" theory of the universe -- a theory sometimes credited to another physicist.

"Georges Lemaitre was the first who proposed a model according to which the universe had a very dense beginning. He, and not George Gamow, is the father of Big Bang," Hawking said.

Hawking also took part in an academic session marking the 50th anniversary of the death of Lemaitre, which closed with remarks by Cardinal Gerhard Ludwig Mueller, then-prefect of the Congregation for the Doctrine of the Faith.