Is NASA preparing for an alien invasion?

A curiously timed series of announcements has people wondering if NASA and the US government are preparing for an alien invasion. 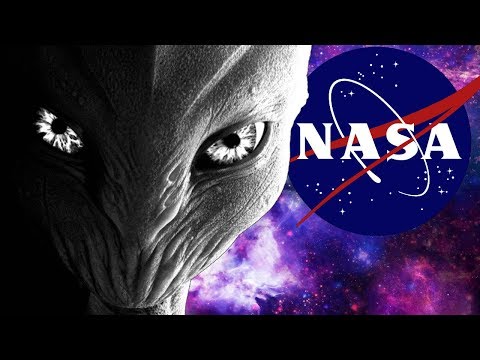 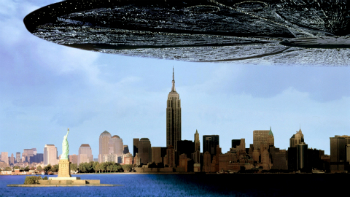 Is NASA preparing for an alien invasion?

LOS ANGELES, CA (California Network) -- NASA has announced they will be testing the Planetary Defense Network on Oct. 12. Most people have no idea such a network exists. They have also opened the position of "Planetary Protection Officer" for applications. The full-time job pays $187,000 per year and includes the responsibility of protecting Earth from alien invasion.

Meanwhile, the government has announced the formation of the Space Corps, which will be another branch of the military, dedicated to winning battles in space. Finally, new research suggests that life in the universe may be an inevitable consequence of physics. This means that alien life would be much more common than previously thought, and could pose a danger to Earth.

So, what's going on? Is the Earth about to be invaded, a-la-Independence Day?

The short answer is no, because these announcements are all unrelated, but they do show a growing understanding that Earth will need protection one day, whether it be from asteroids, space-based weaponry, or little green men.

NASA's Planetary Defense Network is intended to detect and track asteroids that could pose a threat to Earth. The system has no capability to destroy or deflect an asteroid, but that may come later, if needed. For now, NASA wants to test how well their tracking stations and partners can work together in a real-life scenario.

On October 12, asteroid 2012 TC4, which is between 30-100 feet in size, will fly by. It does not pose a threat to the planet, and will pass 4,200 miles above the Earth. If it did hit Earth, it would cause a large explosion, similar to what happened in Chelyabinsk, Russia in February 2013. It would do damage, but only if it entered the atmosphere over an inhabited area. The asteroid provides an excellent test for NASA and its partners.

As for the Planetary Protection Officer job, it's certain to be nice work if you can get it, but the job comes with real responsibilities. While protecting the Earth from alien invasion is part of the job, it's a small part. The job works the other way around from what the media is assuming. The Planetary Protection Officer is there to prevent Earth microbes from hitching a ride on space craft to other planets. If microbes from Earth make it to another moon or planet, there is a chance they could taint our results while searching for life.

The formation of the Space Corps is in the funding stage, but so far it hasn't been launched. The Air Force wants to create the branch to help win battles in space. While those battles could someday feature space marines with lasers, it's more likely to involve armed satellites, anti-ballistic missile systems, and a lot of computer hacking and programming. In other words, the Space Corps will be directed against threats from Earth that use space as a vector to attack the United States.

Of all the announcements, the results of a study from Jeremy England of MIT are the most noteworthy, although they are getting little press. England, a youthful professor from MIT, has proposed that the same rules that guide evolution on Earth can also work on all atoms in space. Simply put, under the right conditions, life arises from simple matter with as much inevitability as a rock rolling downhill; life is an inevitable consequence of physics.

The hypothesis was pitched in 2013, and now these seems to be evidence to support it in the form of computer simulations.

While the hypothesis needs a lot of study, the implications of it are astounding. If true, then life in the universe ought to be more plentiful than we previously imagined. More life means more intelligent, space-faring species of aliens. And more space-faring aliens means a greater threat to Earth over the long run.

Few people can be bothered to worry about alien invasions, laser battles in space, or even asteroids hitting Earth. However these are all reasonable things to consider given the circumstances. The good news is there are people thinking about these things, and should any of them happen, we will at least have some idea of how to proceed.