Free World Class Education
FREE Catholic Classes
Game has many wondering if it's okay to play.

America has become obsessed with Pokemon Go, an "augmented reality" game played with a smartphone. The sudden popularity of the game has surprised many. Its fantasy narrative also has Catholics asking if it's acceptable to play. 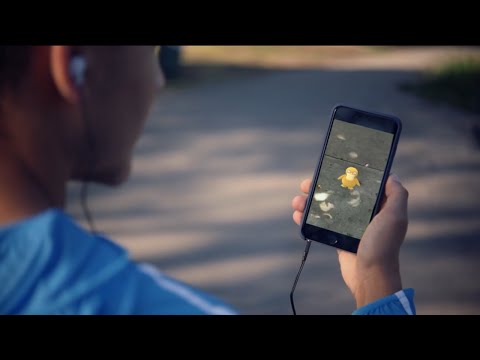 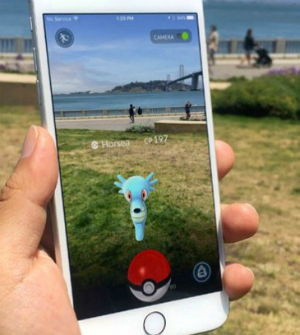 Pokemon Go is an augmented reality game. Your smartphone superimposes the game over reality on your phone.

LOS ANGELES, CA (California Network) - Pokemon Go is an augmented reality game, meaning it meshes the virtual world with the real world on your smartphone.

Players navigate their neighborhoods and parks using the game's built-in maps. The maps are real, based on Google Maps. On the map, virtual characters known as Pokemon appear. Players try to catch these Pokemon by traveling to the character's location on the map. Once there, they must "capture" the Pokemon by hitting it with a virtual ball. The entire virtual world is experienced through the smartphone.

There are other features in the game. Players must choose to belong to one of three teams. As their Pokemon grow, players can enter into mutual combat, pitting their Pokemon against each other.

The game is based on Japanese 1990's cartoon "Pokemon." It has attracted players who grew up with the game as children. It has more users than most popular dating apps and is outpacing Twitter. Players spend up to 45 minutes per day, sometimes much longer, playing the game.

Because the game requires players walk to various locations, it is an outdoor game. The game's programming causes the most Pokemon to appear at monuments, landmarks, and curiously enough, churches.

Fans of the game have uploaded pictures of the crowds at parks and other public places, with everyone playing on their phones.

It's obvious that Pokemon Go is a viral hit. But is it acceptable to play? Does it teach good lessons or values?

Two phenomena have been observed. First, players need to get outside and walk in order to play. In fact, walking is part of the game. Of course, walking is healthy and anything that gets kids (or adults!) outdoors walking is generally good. The game has also caused people to gather together in random locations, usually parks, monuments and churches. Such gatherings can allow people to make friends, meeting new people with a similar interest.

The second phenomenon is less stellar -- people are playing the game for extended periods of time. While most people only play an average of 45 minutes, others seem creepily obsessed, playing for hours on end. With their eyes on their phone, and not the world about them, people run the risk of stepping into traffic. Obviously, if the game interferes with responsibilities at home, school, in the workplace, or at church, then it isn't a positive influence.

Finally, some Catholics have expressed concern over the fantastical nature of the game. Most Christians approach fantasy with a skeptical eye, especially if magic or the supernatural are invoked. The game does not have magic, per se, but some of the game's characters have psychic abilities. And the notion of animated creatures running around the world is obviously fantastical.

It may come as a surprise to some Catholics that fantasy isn't necessarily condemned. In fact, it has been embraced before to promote the faith.

JRR Tolkien, author of "The Lord of the Rings" was famously Catholic and it shows in the story. Although God is never specifically mentioned, the people follow a natural law with an understanding of universal good and evil. Such an understanding would not be possible unless God existed.

Does Pokemon Go also reinforce Catholic teaching? Unfortunately, not as far as we can tell. But it doesn't seem to undermine it either.

As long as the game gets kids outdoors, helps them make friends their age, and is played in moderation, there is no risk of harm. Sadly, the world is filled with dangers that confront our children. The good news is, Pokemon Go isn't one of them.