Earth DOOMED to be hit by massive swarm of comets

Free World Class Education
FREE Catholic Classes
Scienists warn it is only a matter of time before the next swarm hits.

Imagine, you're the president of the United States. A group of scientists meets with you in the Oval Office to share some startling news. A newly-discovered comet, the size of a small city in diameter, is likely to hit Earth within just weeks. What decision will you make? 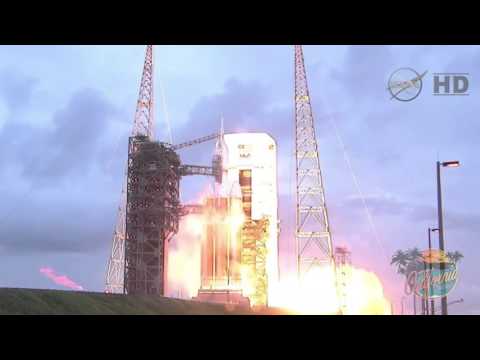 LOS ANGELES, CA (California Network) - So a comet is about to hit Earth and destroy the planet. As president, what do you do? If this were Hollywood, you could send a motley crew of heroes to save the planet, but you can't because, this is Washington.

The bad news is that you won't really have any options. Even blowing the comet up using nuclear missiles is out of the question, because no nation has a nuclear missile that can actually leave Earth orbit. Your decision then, will be to hide in a bunker and hope that Earth will still be able to sustain human life afterwards.

When the comet hits, 90 percent of all living organisms on Earth will die, including most humans. Even those lucky enough to have shelters will not survive long once their supplies run out, but life will go on, at least in some form.

How do we know this?

Professors Michael Rampino, from New York University and Ken Caldeira from the Carnegie Institution have performed a statistical analysis of comet impacts on Earth. They have found that on-average, Earth is bombarded by swarms of comets every 26 million years. This has been going on for the last 260 million years, and comet impacts have been implicated in five of the last six mass-extinction events on Earth, which have each lead to a dying of about 90 percent of the life on the planet each time.

According to the scientists, comet activity has been higher than average for the past two million years.

Comets are large balls of ice and dust, left over from the formation of the Solar System. Virtually all of the comets reside in the Oort Cloud, a halo of comets which surrounds the Solar System.

Most comets can be quite large, dozens of miles in diameter in many cases. Should one hit the Earth, it would throw enough dust into the atmosphere to block the Sun's light for several months to years. That's enough darkness to kill most of the plant life on Earth and to plunge the planet into a deep freeze.

While the planet would recover, it would take decades to centuries, and most of the plant and animal life would go extinct in the meantime. Humans, in particular, at the top of the food chain, would be vulnerable.

Comets do hit the Earth, In fact, the most recent hypothesis for how Earth got all of its water is from comet impacts, after the planet cooled enough to allow liquid water to remain. One can easily imagine that if the oceans were filled by comet impacts, then the Earth must have been hit a lot within the first billion years or so of its existence.

Of course, most of the debris in the inner Solar System has been cleaned out by now, with most material hitting planets, falling into the Sun, or being ejected from the Solar System. The resulting period of stability is what we enjoy now, and it is what allows life to flourish and evolve. It's difficult for life to flourish if it's being wiped out by periodic disasters.

However, every so often, comets in the Oort Cloud get disturbed and several of them can be sent falling toward the Sun and the inner Solar System.

These disturbances appear to happen in cycles, which is the conclusion of the study. The Solar System orbits the Milky Way galaxy, the same way Earth orbits the Sun. As it orbits the galaxy, it passes by stars and possibly clouds of dark matter, which are poorly-understood regions of the galaxy that exert gravitational force. These things can disturb the peaceful orbits of the comets in the distant Oort Cloud and send doom in our general direction.

In fact, scientists are 100% certain this will happen again, so they have organized both professional and amateur astronomers to search the skies 24-hours a day to locate any objects that have the potential to strike Earth. Their work turns up several objects every week, but so far, none have been found on a direct collision course with Earth.

Scientists want NASA to work on plans to intercept and deflect any such threats when they are detected, a plan which could cost billions and take years to develop -but could also save all life on Earth.

Of course, the odds of such a thing happening are one-in-millions, but still, it's only a matter of time, the scientists warn.