The Catholic faith of Kobe Bryant

Basketball superstar Kobe Bryant died Sunday in a helicopter crash in Southern California, along with his 13-year-old daughter, Gianna. 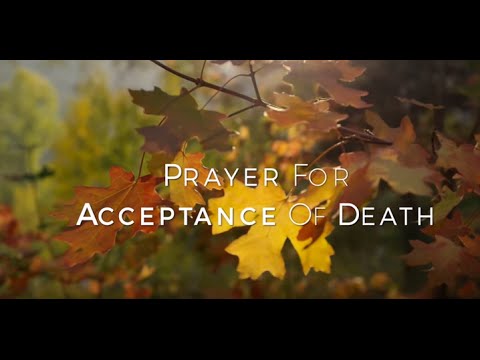 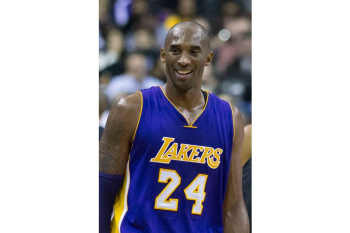 Bryant, the father of four, was Catholic.

In all nine people were killed in the Jan. 26 crash.

Bryant, 41, is widely considered one of the greatest basketball players of all time. He retired in 2016 after a 20 year career with the Los Angeles Lakers, in which the shooting guard won five NBA championships, a league MVP award, two scoring championships, and myriad other distinctions.

Beyond basketball, Bryant was a husband and a father who in 2015 credited his Catholic faith with helping him move past a challenging period in his own life and the life of his family.

Bryant was raised in a Catholic family, and spent much of his childhood living in Italy. He married in 2001 in a Southern California parish.

In 2003, Bryant was arrested after he was accused of raping a woman in a Colorado hotel room.

Bryant admitted a sexual encounter with the woman, but denied that he had committed sexual assault. When the allegation became public, Bryant lost sponsors and faced criminal charges, which were eventually dropped.

Bryant issued an apology to his accuser, with whom he also reached a settlement in a civil lawsuit.

"Although I truly believe this encounter between us was consensual, I recognize now that she did not and does not view this incident the same way I did. After months of reviewing discovery, listening to her attorney, and even her testimony in person, I now understand how she feels that she did not consent to this encounter," Bryant said in his 2004 apology.

In 2015, the basketball player told GQ that after the matter was resolved, he decided to shed some superficiality he felt he had built up in his public persona.

"What I came to understand, coming out of Colorado, is that I had to be me, in the place where I was at that moment."

Bryant said it was a priest who helped him to make some important personal realizations during the ordeal.

Describing his fear of being sent to prison for a crime he believed he had not committed, Bryant told GQ that "The one thing that really helped me during that process, I'm Catholic, I grew up Catholic, my kids are Catholic, was talking to a priest."

"It was actually kind of funny: He looks at me and says, 'Did you do it?' And I say, 'Of course not.' Then he asks, 'Do you have a good lawyer?' And I'm like, 'Uh, yeah, he's phenomenal.' So then he just said, 'Let it go. Move on. God's not going to give you anything you can't handle, and it's in his hands now. This is something you can't control. So let it go.' And that was the turning point," Bryant said.

A 2004 decision to place deeper trust in God did not mean the basketball star's life was thereafter without difficulties, or defined by virtue.

In 2011, Vanessa Bryant filed for divorce from Kobe, citing irreconcilable differences. But Bryant said he decided not to give up on his marriage, and two years later, his wife withdrew her divorce petition.

"I'm not going to say our marriage is perfect, by any stretch of the imagination," Bryant told GQ in 2015.

"We still fight, just like every married couple. But you know, my reputation as an athlete is that I'm extremely determined, and that I will work my ass off. How could I do that in my professional life if I wasn't like that in my personal life, when it affects my kids? It wouldn't make any sense."

Bryant and his wife have been reported to be regular parishioners at an Orange County, California parish, and after his death, some on social media said that he had been seen at Mass before the helicopter ride that ended his life.

Some also reported seeing him at weekday Mass in California.

Singer Cristina Ballestero posted on Instagram Jan. 26 a story of her encounter with Bryant at Holy Family Cathedral in Orange, California at a weekday Mass.

"As we went up to communion, [Bryant] waited for me to go. If you grew up in the Catholic Church, you understand this is a respectful thing men do in church as a sign of respect to women. He said I have a beautiful voice."

"His most inspiring trait was his decision to turn to his faith in God and receive God's mercy and to be a better man after a regretful decision," Ballestero added.

View this post on Instagram                  I wanna tell a story about the time I met Kobe Bryant. I was sitting in the very back of Holy Family Cathedral in Orange, CA, on a WEEKDAY mass. At the time I was very into wearing veils and on this particular day I had a scarf I used as veil. Right as mass begins I see a huge shadow in my right peripheral vision and hear a decently loud creak from probably a big man. I double took to see... it was KOBE BRYANT IN THE SAME PEW AS ME ON THE OTHER END! I just went about my normal praying and singing as usual cause he like all of us came to pray. Thank God I had the veil so I could stay focused on Jesus not this insanely talented Basketball player my whole family has looked up to and watched our whole lives. As we went up to communion, he waited for me to go. If you grew up in the Catholic Church, you understand this is a respectful thing men do in church as a sign of respect to women. He said I have a beautiful voice. I said thank you and went up to communion. @marydallal @mandymissyturkey and a couple other friends saw him standing behind me going to receive Jesus. And we talked about it after mass and freaked out together. It was such a cool experience to receive Jesus right before him, and also, to walk up to receive Jesus together. It was also cool to see him come for a weekday mass. He said in his GQ interview how a Catholic Priest helped him through the tough time he went through in the media. He also talks about how his faith is important. His most inspiring trait was his decision to turn to his faith in God and receive God's mercy and to be a better man after a regretful decision. Him and his wife do so much great work with their foundation. I'm heartbroken at the news of his death. My prayers go out to his Family, friends and loved ones. Eternal rest grant unto him oh Lord and let perpetual light shine upon him. May he Rest In Peace, Amen. We love you Kobe. . . . . #kobebryant

So very sad to hear the news of #KobeBryant's tragic death this morning. I am praying for him and his family. May he rest in peace and may our Blessed Mother Mary bring comfort to his loved ones. #KobeBryantRIP pic.twitter.com/QYMRL7RvCL

- Abp. Jose H. Gomez (@ArchbishopGomez) January 26, 2020Bryant also had connected his Catholic faith to a family commitment to help the poor, through the Kobe & Vanessa Bryant Family Foundation. The foundation helped fund youth homeless shelters and other projects aimed at serving the poor.

"You have to do something that carries a little bit more weight to it, a little more significance, a little more purpose to it," he said in 2012, according to the Los Angeles Times.

Homelessness "is one that kind of gets pushed on the back burner because it's easy to point the blame at those who are homeless and say, 'Well, you made that bad decision. This is where you are. It's your fault."

"In life, we all make mistakes and to stand back and allow someone to live that way and kind of wash your hands of it ... that's not right," he said.

Funeral announcements for Bryant and his daughter have not yet been announced.