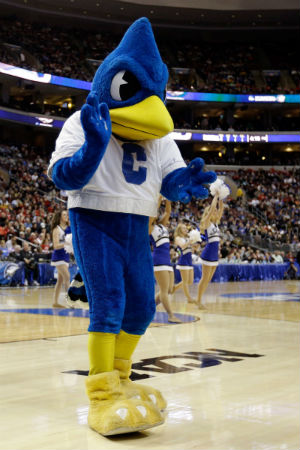 Creighton University holds the number three seed in the West, after losing the Big East conference championship to Providence.

LOS ANGELES, CA (Catholic Online) - The Big East conference has put up four competitors in this tournament. Villanova University (28-4, 16-2) sits second in the East after a second round loss to Seton Hall in the conference tournament. Creighton University (26-7, 14-4) has the third seed in the West after a 65-58 loss to Providence College (23-11, 10-8) in the conference tournament's final round. Providence is seeded 11th in the East after taking first in the Big East conference. Xavier University (21-12, 10-8) sits with North Carolina State at 12th in the Midwest as part of the first four, having lost to Creighton 86-78 in the semi-final round of tournament.

Villanova plays number 15 University of Milwaukee (21-13, 7-9) on March 20. Milwaukee was ranked fifth in the Horizon League and took first in the conference tournament after a 69-63 victory over Wright State on March 11.

Creighton plays number 14 University of Louisiana at Lafayette (23-11, 11-7) on March 21. Louisiana was ranked third in the Sun Belt conference, and beat number one ranked Georgia State 82-81 in overtime to become conference champions.

Providence will play the sixth seeded University of North Carolina (23-9, 13-5) on March 12. N. Carolina was ranked fourth in the Atlantic Coast conference, and lost to fifth ranked University of Pittsburgh 80-75 in the conference quarterfinals.

Xavier will battle North Carolina State University (21-13, 9-9) for the number 12 seed as part of the "First Four" on March 18. N. Carolina State was ranked seventh in the Atlantic Coast conference and made it to the semifinals before being losing to number three Duke University 75-67.

The winner of this match up will play number fifth ranked University of Saint Louis (26-6, 13-3) on March 20. St. Louis was ranked one in the Atlantic 10 conference but lost to number nine Saint Bonaventure University 71-68 in the quarterfinals.

St. Joseph's is seeded 10 in the East after winning the Atlantic 10 conference championship where they were ranked number four. They beat the number two Virginia Commonwealth University 65-61 in the finals. They play the number seventh seeded University of Connecticut (26-8, 12-6) on March 20. UConn was ranked fourth in the American Athletic conference and ended up taking second place after a 71-61 loss to the number two ranked University of Louisville.

Gonzaga University (28-6, 15-3) has also made its way into the tournament, seeded eight in the West. Gonzaga was the number one team in the West Coast conference and beat Brigham Young University, which was ranked second, 75-64 in the conference championship.

Gonzaga will play the ninth seeded team Oklahoma State University (21-12, 8-10) on March 21. Oklahoma State was ranked eighth in the Big 12 conference and lost to number one University of Kansas 77-70 in an overtime quarterfinal.

The winner of the Mt. St. Mary's/ Albany game will have to compete against number one seed in the South and overall University of Florida (32-2, 18-0) on March 20. Florida was ranked one in the Southeastern conference after beating number two University of Kentucky 61-60.

Of these eight teams, only one has ever won an NCAA Division 1 title, that being Villanova in 1985, which is also the last time the championship belonged to a Catholic school. Right now it looks like history will repeat itself, with Villanova having the easiest seeding of the Catholic schools, at least within its own region.