Pope Francis beatified Maria Laura Mainetti, a nun who was martyred by stabbing in 2001. The public beatification took place on June 6, 2021, twenty-one years to-the-day after her martyrdom. 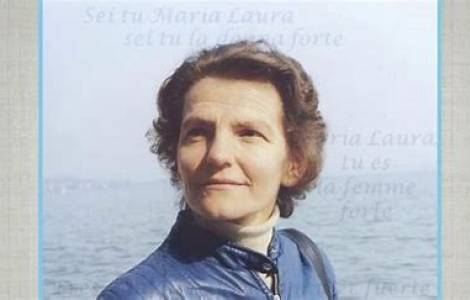 Mainetti was Sister of the Cross, and her Institute's Mother Superior. On the night of June 6, 2001, Sr. Mainetti received a call from a girl who claimed she had been raped and was considering an abortion. The caller was identified as Veronica Pietrobelli, a teenage girl who was involved in Satanic practices. She was accompanied with two other girls, Milena De Giambattista and Ambra Gianasso. All three were between the ages of 16 and 17.

When Sister Mainetti arrived, the girls lured her to a secluded area near a park where they took turns stabbing her, apparently as part of a ritual. They stabbed Sister Mainetti 19 times and beat her. While she was dying, Sister Mainetti prayed and asked forgiveness for the girls. Her lifeless body was found the following morning by a passerby.

The girls were spotted and later identified by a witness and police were able to monitor their phone calls to determine their involvement. The girls later confessed and were sentenced to prison for terms between 8 and 12 years. They have all since been released.

Sister Mainetti gave her life on a mission to protect the life of a vulnerable, unborn child. Although the pretext of the call was a falsehood, the fact that Sister Mainetti was willing to answer the phone and leave the safety of her home to help another person is the epitome of Christian charity. To ask forgiveness of her brazen attackers whilst being murdered also reflects Christ's death on the Cross, where he asked God to pardon those nailing Him to the Cross.

There is little question Sister Mainetti was a faithful servant of Christ, who gave her life in His service. She is a model for all to follow.

Because she was martyred, the Church does not require a first miracle to beatify Sister Mainetti. A miracle will be required for her to be recognized as a saint.

Let us pray for the conversion of hearts, and that more people follow Sister Mainetti's example of holiness.