No, the saints weren't perfect, but they did this one important thing

Pope Francis marked All Saints' Day Wednesday saying the saints are honored not because they were perfect or did everything right, but because they allowed God to touch their lives and fought hard against sin. 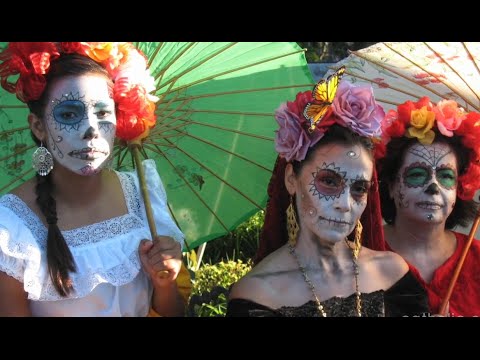 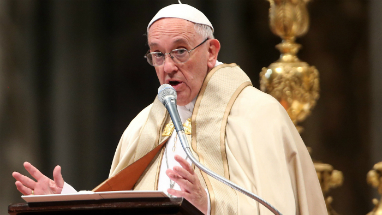 Vatican City (CNA/EWTN News) - "The Solemnity of All Saints is 'our' feast: not because we are good, but because the holiness of God has touched our lives," the Pope said Nov. 1.

Saints, he said, "are not perfect models, but are people whose lives God has crossed," and can be compared with the stained glass windows of a church, "which allow light to enter in different shades of color."

The saints above all are our brothers and sisters "who have welcomed the light of God into their hearts and have passed it on to the world, each one according to their own 'tone'," he said, but stressed that no matter the "color" they give, "all of them are transparent."

"They have fought to take away the stains and darkness of sin, so as to let the gentle light of God pass through," he said, adding that "this is the purpose of life, even for us."

Pope Francis offered his reflection in an Angelus address marking All Saints' Day. Since the feast is a national holiday in Italy and the Vatican, the Pope offered the special Angelus address, rather than giving his typical Wednesday general audience.

Pointing to the day's Gospel reading from Matthew, in which Christ outlines the Beatitudes, Francis said the word "blessed", with which Christ begins his preaching, is in itself an announcement of the gospel because it points to the path of happiness.

"Whoever is with Jesus is blessed, is happy," he said, explaining that happiness "is not having something or becoming someone," but rather "true happiness is being with the Lord and living for love."

The "ingredients" for a happy life, then, are what Christ calls the beatitudes, he said, explaining that the blessed ones "are the simple, the humble who make room for God, who know how to weep for others and for their own errors, those who stay meek, who fight for justice, who are merciful toward all, who guard purity of heart, who always work for peace and remain in joy, not in hate, and, even when suffering, respond to evil with good."

The beatitudes, then, are not "sensational acts" reserved only for "supermen," but are attitudes for those who live through the trials and fatigues of everyday life.

Even the saints are like this, he said, explaining that like everyone, "they breath the air polluted by the evil that's in the world, but along the way they never lose sight of Jesus' path, the one indicated in the beatitudes, which are like the map of Christian life."

And the feast of All Saints, then, is not celebrated only in honor of those who have reached the "goal" this map leads to, but it is also for the many "simple and hidden people" who we may know, and who, through everyday holiness, help God to "carry the world forward."

Francis highlighted the importance of the beatitude "blessed are the poor in spirit," which he said does not mean living for success, power, or money, since "whoever accumulates treasures for themselves is not rich before God."

Rather, those who are poor in spirit believe that "the Lord is the treasure of life, and that love of neighbor is the only true source of income."

"At times we are unhappy about something we lack or are worried whether or not we are though of as we would like (to be)," he said, and urged pilgrims to remember that true beatitude is not found in these things, but only "in the Lord and in love."

Pope Francis closed his address pointing to a final "beatitude" that is not found in the Gospel, but in Chapter 14 of the Book of Revelation, which reads: "blessed are the dead who die in the Lord henceforth."

Looking toward tomorrow's celebration of All Souls' Day, Francis said Christians pray for their departed loved ones "so that they enjoy the Lord forever."

After leading pilgrims in the Angelus, Pope Francis voiced his sorrow for the terrorist attacks that have taken place over the past week in Somalia, Afghanistan, and the US, saying he is "deeply saddened" by the attacks.

"In deploring these acts of violence, I pray for the deceased, for the wounded and for their families," he said, and prayed for the Lord to "convert the hearts of terrorists and free the world from hatred and the murderous folly that abuses the name of God so as to spread death."

He noted that for All Souls' Day he will visit the Sicily-Rome American Cemetery and Memorial in Nettuno, where he will celebrate Mass to remember the faithfully departed, and how afterward he will stop at the Fosse Ardeantine Museum and memorial commemorating the site of a Nazi massacre during World War II.

Pope Francis asked that pilgrims and faithful accompany him in prayer as he remembers the victims of war and violence honored in the two locations.

"Wars do not produce anything other than cemeteries and death. This is why I wanted to offer this sign at a time when humanity seems to have not learned it's lesson, or does not want to learn it," he said, and asked for prayer.