Another Native American is on the way to sainthood!

Lakota medicine man turned Catholic catechist Nicholas Black Elk has begun the path to potential canonization with a Mass in South Dakota opening his cause for sainthood. 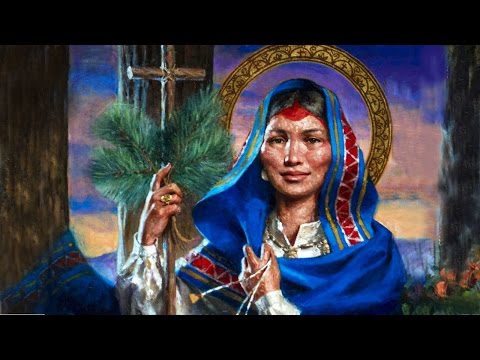 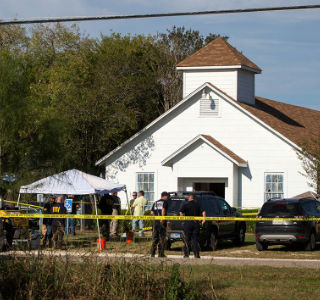 Nicholas Black Elk is on the path to sainthood for his role in catechizing the Lakota.

Rapid City, S.D. (CNA/EWTN News) - "From a very young age, there was an openness to the Spirit of God in his life," Bishop Robert Gruss of Rapid City, S.D. said at an Oct. 21 Mass. "God used a personal invitation from a Jesuit priest to lead this child of God, Black Elk, down a new path to becoming this great disciple in the Catholic faith for the Lakota people."

The Mass, which opened Black Elk's cause for canonization, was celebrated at Holy Rosary Church near Pine Ridge, S.D. Family members of Black Elk were in attendance.

"For 50 years, Black Elk lived this mission in leading others to Christ," said the bishop, crediting his love for God and Sacred Scripture for motivating him to become a catechist. In that role, he brought hundreds of people to the Catholic faith.

The bishop cited Black Elk's own words from his missionary letter: "I spoke mainly on Jesus -- when he was on earth, the teachings and his sufferings. I myself, do a lot of these things. I suffer, and I try to teach my people the things that I wanted them to learn."

If Black Elk is canonized, he will be the first official saint from the Diocese of Rapid City, according to his biography on the diocese website.

He was born sometime between 1858 and 1866. Like many of his ancestors, he served as a medicine man, which combined the roles of medical doctor, spiritual adviser and counselor.

Despite the promises of the Great Sioux Treaty of 1868, gold-seeking settlers and prospectors began moving into Dakota Territory in 1874. This led to the Great Sioux War of 1876-77. Black Elk was at the Battle of Little Big Horn in 1876.

The following year, he joined Buffalo Bill's Wild West Show, which toured Europe, including a performance before Queen Victoria. Black Elk continued to tour the continent with another Wild West show, encountering the cultures of England, France, Germany and Italy. He learned to speak some English and returned to the U.S. in 1889.

In 1890, he was injured at the Wounded Knee Massacre, where a bullet grazed his thigh.

Two years later, he married Katie War Bonnet. They had three children. After she converted to Catholicism, all three children were baptized.

The year after she died, Black Elk converted to Catholicism and was baptized on Dec. 6, 1904, the Feast of St. Nicholas. He took Nicholas as his baptismal name because he admired the saint's generosity.

He married again in 1905. His second wife, Anna Brings White, was a widow with two children. They had three children together and she passed away in 1941.

The practice in the Diocese of Rapid City was for Jesuit priests to select Lakota Catholic men to teach the faith as catechists. They taught the faith, prayed and prepared converts in the Lakota language, traveling by foot or by horseback until automobiles became available.

Black Elk became a catechist in 1907, chosen for his enthusiasm and his excellent memory for learning Scripture and Church teaching. His work brought more than 400 people into the Catholic Church.

The medicine man became prominent through "Black Elk Speaks," John G. Neihart's biographical work. The work covers his Lakota upbringing, though not his adulthood as a Christian.

"He embraced the mission to which he had been called -- to help others live in the balance of the Lakota and Catholic culture leading to a deeper life in Jesus," the bishop continued. "He melded whatever he could from his Lakota culture into his Christian life. This enculturation can always reveal something of the true nature and holiness of God."

"He challenged people to renew themselves, to seek this life that Christ offers them," he said.

"Of course, Christ's work is never done," said the bishop, adding that all Christians have been called into the missionary field.

"Our baptism leads us there. Like Black Elk, if we are docile to the Lord's will, devoting our lives to Him, we will be out working for His Kingdom of mercy, love, and peace."

Bishop Gruss stressed the need to continue to gather more information and testimony about the life of Black Elk and to pray that his cause merits advancement.

Bill White of Porcupine, S.D., is the diocesan postulator for the cause. He is an enrolled member of the Oglala Sioux Tribe on the Pine Ridge Reservation. White is being assisted by Fr. Joe Daoust, S.J., of Pine Ridge.

Deacon Ben Black Bear from St. Francis Mission is translating some of Black Elk's writings from the Lakota language to English, the diocese said.