Tomb discoved under the floor of church, likely belongs to St. Nicholas.

Archaeologists suspect they have found the tomb of the actual saint behind Santa Claus. The saint, who was thought to be in Italy until now, may still be under the floor of a church in turkey. 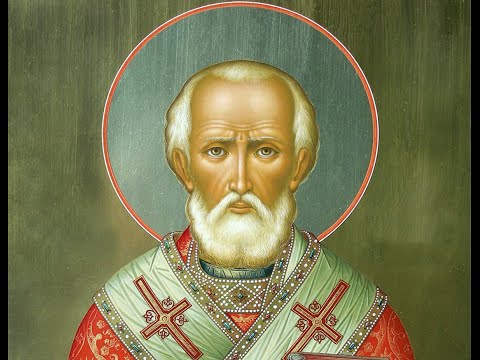 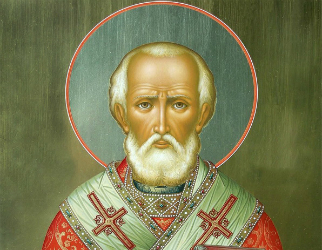 The tomb of the real Saint Nicholas may have just been found.

LOS ANGELES, CA (California Network) -- The saint who would be known as Santa Claus was born in Demre, Turkey, near the country's southern coast. He was also thought to be buried there in St. Nicholas Church in Antalya province.

The fourth-century saint was widely revered for leaving gifts for children and the poor. He served as bishop of Myrna. Myrna is known as Demre today. On at least one occasion, he is said to have used a chimney to deliver a gift.

He is known to be a real person, but his final resting place has been debated for centuries. Now archaeologists think they may have solved the mystery.

An electronic survey in the ancient Church of St. Nicholas has revealed the presence of a tomb under the floor of the church. Only the most important people were buried in the floors of churches.

While the church itself is largely in ruins, it remains a tourist destination and historic site. Archaeologists now have a plan to remove the mosaic tiles on the floor, and to explore the grave beneath.

In the 11th century, a crypt was smuggled to Bari, Italy, which was said to contain Santa's remains. Experts now suspect the smugglers were mistaken, and the crypt on display in Italy belongs to a long-forgotten priest.

If the bones beneath the crypt can be confirmed to belong to the 4th century, then they may serve as evidence that Saint Nicholas was both real and important. Some ancient saints are rumored to be legends, and not real people. However, real people and events often pass into legend because of a lack of remembrance and evidence. Most Catholics and scholars are certain that St. Nicholas was a real person.

Saint Nicholas became popularized as early as the sixth century, and has since become one of the most famous saints of the Church. He has been secularized to the point that many people, even Catholics, don't realize he was a bishop of the Church.

If the tomb does belong to him, it will be yet another case of Christian history proven true by modern research.