Today is the feast of St. Dominic, but it's not such a big deal for Dominicans. Why not?

Tuesday marks the Feast Day of St. Dominic, the 13th century priest known for founding the Order of Preachers, commonly called the Dominicans, and for spreading devotion to the Rosary. 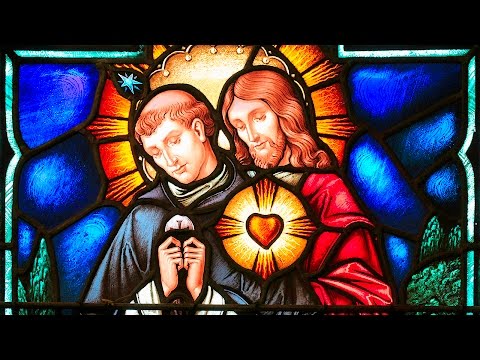 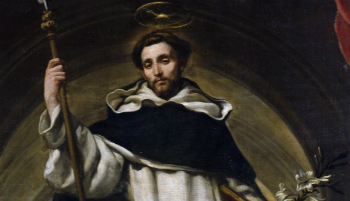 St. Dominic has a more important day on May 24.

Vatican City (CNA/EWTN News) - Surprisingly, though, the Dominicans don't usually do much to celebrate the saint's Aug. 8 feast day.

While the August feast "is for us certainly always a feast," Dominican Fr. Angelo Giuseppe Urru told CNA, it's not the primary one.

Instead, the order celebrates "more solemnly" May 24, which is the Solemnity of the Translation of St. Dominic.

This unusual feast day commemorates the day St. Dominic's remains were moved, or "translated," from their original burial spot behind an altar of the church of San Nicolo della Vigne in Bologna, Italy to a more prominent place in the church in 1233.

For many Dominican provinces, this day is the big celebration, Fr. Urru said.

The move of St. Dominic's body was carried at the request of Pope Gregory IX, about one year before the saint's canonization on July 13, 1234, only 13 years after his death.

As recorded in a letter by Bl. Jordan of Saxony, one of the first leaders of the Dominicans, the brothers were very anxious before the move of the body, because they were worried that when the wooden coffin was uninterred from the stone sepulcher, the body would give off a foul odor, since it had been buried in a poorly constructed tomb, exposed to water and heat.

Instead they received a great surprise, because when the tomb was opened, a wonderful and sweet perfume emanated from the coffin instead.

"Its sweetness astonished those present, and they were filled with wonder at this strange occurrence. Everyone shed tears of joy, and fear and hope rose in all hearts," Bl. Jordan wrote.

He reported that the odor remained and if anyone touched a hand or some object to the body, the odor immediately attached itself and lingered for a long time.

"The body was carried to the marble sepulcher where it would rest  it and the perfume that it poured forth. This marvelous aroma which the holy body emitted was evidence to all how much the saint had truly been the good odor of Christ," he wrote.

By 1240, the church containing St. Dominic's remains had been expanded into a basilica, and renamed for the saint.

Now, every year Dominican friars, sisters, and laity all over the world celebrate St. Dominic on May 24.

Mass is celebrated at the Basilica of Santa Sabina, the mother church of the Dominicans in Rome, for this feast.

The tradition is for a priest of the Order of Friars Minor, commonly called the Franciscans, to say the Mass and preach. After Mass, the procession of friars stops at the first side chapel, where the Blessed Sacrament is kept, to sing the O Lumen, the Dominican antiphon to St. Dominic.

Besides the tomb with the saint's body, which is in the basilica in Bologna, there are few relics of St. Dominic in existence.

One relic, a piece of his skull, can be found in Rome. It is at the church of Santa Maria del Rosario, part of a Dominican monastery located on Monte Mario, the tallest hill of Rome.

Fr. Urru said he was not sure how it came to be kept in the monastery, but that it originated when some students in Bologna stole it to have in their chapel.

"There is also the breviary of St. Dominic, a small breviary," he said.

In 2016, the Dominicans celebrated the 800th anniversary of their founding with a Jubilee Year, culminating in an International Congress for the Mission of the Order, which took place Jan. 17-21 in Rome.

Fr. Urru voiced gratitude for the blessing of vocations, which allow the order's work to continue.

Thankfully, though there are some provinces which are very small, many are growing and are very strong, he noted, such as those in Vietnam and Africa. The United States as well has seen a good number of new vocations, he said.

Around the world, "there are many initiatives of the order," and they are working hard still, just as they have the last 800 years.

Ultimately, though, he said, the future of the order is "in the hands of God."