He died protecting his attacker from his own grenade.

Brother Richie Fernando was a 26 year-old Jesuit seminarian from the Philippines when in 1996 he died protecting his Cambodian students from a hand grenade. 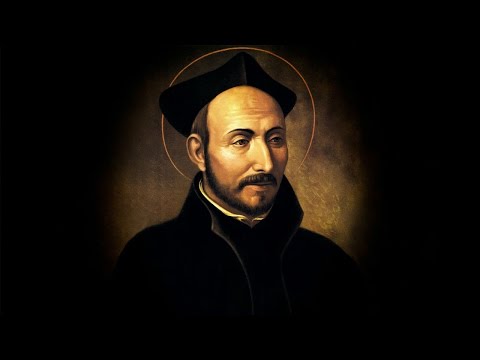 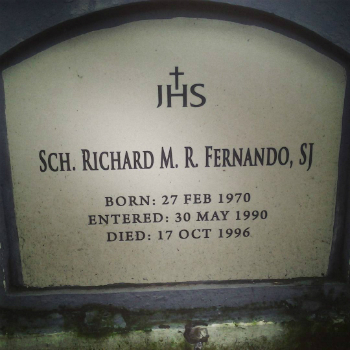 Manila, Philippines (CNA/EWTN News) - He is now on the road to sainthood, thanks to a norm issued by Pope Francis this summer that opens the door to canonization for those who have "voluntarily and freely offered their lives for others and have persevered until death in this regard."

Father Antonio Moreno, head of the Jesuits in the Philippines, told Rappler July 30 that the order had received permission to begin the initial work of opening Brother Fernando's cause for canonization.

Brother Richard (Richie) Fernando, S.J., arrived in Cambodia in 1995 to serve at a Jesuit mission which served people who had been disabled by polio, landmines, or other accidents.

According to the Jesuits of the Asia Pacific Conference, Richie quickly earned the trust of his young students as he learned their native language and took the time to listen to their stories of suffering.

One of his students was an orphan named Sarom, who became a soldier at 16 and was maimed by a landmine. Even while some at the mission found Sarom's attitude troublesome, Richie wrote in letters to friends that Sarom still had a place in his heart.

On October 17, 1996, Sarom came to the mission school for a meeting with the school director and staff. While he had finished classes, he had asked to continue at the school, though his request was denied because school officials found him disruptive.

Angered, Sarom suddenly reached into his bag and pulled out a grenade, and moved towards a classroom full of students. The windows of the classroom were barred, so the students were trapped.

Brother Richie stepped behind Sarom and grabbed him to prevent him from throwing the grenade.

"Let me go, teacher; I do not want to kill you," Sarom pleaded. But he dropped the grenade, and it fell behind him and Brother Richie, exploding and killing the Jesuit, who fell over Sarom, protecting him and everyone else in the school from the blast.

Just four days before he died, Riche had written a long letter to his friend and fellow Jesuit, Totet Banaynal SJ: "I know where my heart is. It is with Jesus Christ, who gave all for the poor, the sick, the orphan ... I am confident that God never forgets his people: our disabled brothers and sisters. And I am glad that God has been using me to make sure that our brothers and sisters know this fact. I am convinced that this is my vocation."

He had also once written about death in a retreat diary, in which he said: "I wish, when I die, people remember not how great, powerful, or talented I was, but that I served and spoke for the truth, I gave witness to what is right, I was sincere in all my works and actions, in other words, I loved and followed Christ,"

In 1997, Richie's parents wrote to King Norodom Sihanouk of Cambodia, asking pardon for Sarom. Again, Sarom said he had never wanted to kill Richie, who he considered a friend.

While the Philippines is a Catholic-majority country, the island nation only claims two canonized saints thus far, both of whom died in the 17th century: St. Lorenzo Ruiz, a martyr of Nagasaki, and St. Pedro Calungsod, a martyr of Guam.

However, numerous causes have been opened in recent years, with many people in the various steps of the process of canonization.

On July 31, the feast of Jesuit founder St. Ignatius of Loyola, Fr. Moreno said Richie is among many Jesuits who have imitated Saint Ignatius, "offering themselves in the self-sacrificing service of God and his people."

In his memo to the Philippine Province of the Society of Jesus, Fr. Moreno noted that "various expressions of devotion to Richie have sprung up and continued, not just in the Philippines and Cambodia but in other places as well."

This includes a Facebook group in his honor, named: "Friends of Bro. Richie R. Fernando SJ."

The next step for Brother Richie's cause involves building a compelling case for his life of virtue through his writings, talks, and interviews with those who knew him, among other things.

"I ask the prayers of all in the Province to beg the Lord's gracious assistance in this process that, if he so wills, it may prosper for the benefit of his people," Fr. Moreno said.