'Do what is required of you. I have no need to deliberate; the issues are clear. 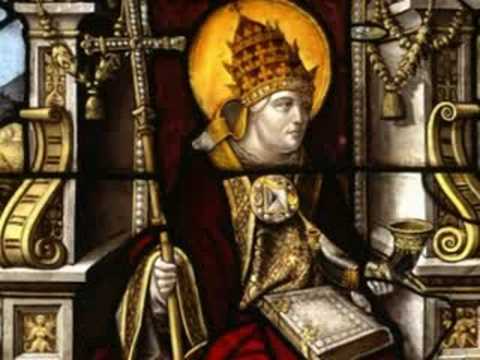 CHESAPEAKE, VA (Catholic Online) - On September 16th, Christians following the Latin Rite liturgical calendar commemorate two third century Saints and Martyrs, Pope Cornelius and Bishop Cyprian. Their feasts are ancient. However, their profound witness commends itself to each one of us in this new missionary age.

As daily news stories out of the Middle East remind us, Christians are now regularly being martyred for professing their faith in Jesus Christ. This is now called a new age of martyrs for good reason.And here, I use the word Martyr (derived from the Greek for witness) properly.

The abuse of the word martyr to refer to those who kill others in the name of their misguided and evil interpretation of Islam - and then claim to have done something commended by their god - is reprehensible. It is NOT true martyrdom. It is murder by suicide - and it is not holy, it is evil and profane.

I am speaking in this article of Christian martyrdom.

On August 16, 2014, Pope Francis beatified 124 laymen and women who were martyred for their Christian faith in Korea during the 18th and 19th centuries. That beautiful and spiritually powerful service occurred during his celebration of an Outdoor Mass attended by 800,000 people.

These Christian Martyrs were drowned, beheaded, buried alive and tortured to death.

This same fate is being faced today - by courageous Christians in the Middle East. They are experiencing the evil being inflicted by the Islamist terrorists who established the Caliphate in land formerly identified with Iraq and Syria and call themselves the Islamic State.

Because we are living in a new age of Christian Martyrs, this commemoration of Cornelius and Cyprian takes on a fresh and powerful meaning for us. We can easily see the courageous witness of the early Christians as distant and removed. However, nothing could be further from the truth.

The fact is, they faced situations not unlike what our brethren are facing right now. That is why I write to share their story. It is our story. The story of our family. We who bear the name Christian.

Cornelius was driven into exile by Emperor Gallus where he died a martyr. Cyprian was exiled under the persecution of Valerian - and martyred. Cyprians' martyrdom is recorded in an ancient source which I offer to our readers below.

These two courageous and inspiring Christian leaders were good friends. They supported one another during the great persecution. A letter sent from Cyprian to Cornelius is also offered in the Office of Readings of the Liturgy of the Hours.

In that letter Cyprian wrote these words of encouragement to his friend:

"Divine providence has now prepared us. God's merciful design has warned us that the day of our own struggle, our own contest, is at hand. By that shared love which binds us close together, we are doing all we can to exhort our congregation, to give ourselves unceasingly to fastings, vigils and prayers in common.

"These are the heavenly weapons which give us the strength to stand firm and endure; they are the spiritual defenses, the God-given armaments that protect us.   Let us then remember one another, united in mind and heart. Let us pray without ceasing, you for us, we for you; by the love we share we shall thus relieve the strain of these great trials."

We need to read these accounts of martyrdom to strengthen and inspire us for what lies ahead.

What we are beginning to experience in this age is not new. It is most clearly evident as we witness the bloody, evil actions of the Islamic State. They are unleashing their fury on Christians in the Mideast, precisely because they ARE Christians.

These are our brothers and sisters. We are joined to them in the bond of Baptism and their blood cries out!. We MUST stand with them.

However, the rise of secularist, anti-Christian and intolerant regimes in the West are also threatening the Christian Church. We are just beginning to experience a soft persecution of classical, faithful Christians in the United States. The current regime demands a response to its edicts which borders on a new form of emperor worship.

Our experience may not have yet reached the overt emperor worship which led to the shedding of Cyprians' blood, but it is cut from the same cloth and could follow the same path.

Like Cyprian, when we are asked to compromise truth, may we have the courage to say, I have no need to deliberate: the issues are clear. Below I offer the ancient account, followed by a responsory prayer. Let us remember Cyprian and imitate his courage, by the grace of God.

The Martyrdom of Saint Cyprian, Bishop

I have no need to deliberate: the issues are clear

On the morning of 14 September a huge crowd gathered at Villa Sexti as the proconsul Galerius Maximus had ordered. The proconsul commanded that Bishop Cyprian be brought to trial before him as he sat in judgment in the court called Sauciolum. When the bishop appeared the proconsul asked him: 'Are you Thascius Cyprian?'

The bishop replied: 'I am.'

'And have you acted as leader in a community of impious men?'

'The sacred emperors have ordered you to sacrifice.'

'I will not sacrifice.'

'Do what is required of you. I have no need to deliberate; the issues are clear.'

Galerius consulted briefly with his advisers and reluctantly pronounced sentence in the following words:

'You have lived in an irreligious manner for a long time now and have gathered about you a large congregation of criminals and unbelievers. You have shown yourself hostile to the gods of Rome and the rites by which they are worshiped. The pious and sacred emperors Valerian and his son, Gallienus, and the right noble Caesar, Valerian, have been unable to recall you to the practice of the official religion.

'Furthermore you are the instigator of abominations, a veritable standard-bearer for criminals and as such you have been brought before me. Your death will be an example to those whom you have gathered into your criminal conspiracy. Your blood will uphold the law.' He then pronounced the following sentence from his wax tablet: 'It is our decision that Thascius Cyprian be put to death by the sword.'

Bishop Cyprian simply said, 'Thanks be to God.'

When sentence had been passed the assembled brethren cried out: 'Let us be beheaded with him!', and followed him in a huge and tumultuous crowd. Cyprian was brought to the plain of Sextus. There he removed his cloak and kneeling down he humbled himself in prayer to God. He disrobed and gave his dalmatic to the deacons. Clad only in his linen tunic he awaited his executioner.

When the executioner arrived Cyprian told his followers to give him twenty-five gold pieces. His brethren spread before him linen cloths and towels. The blessed Cyprian blindfolded his eyes with his own hands. The presbyter Julian and the subdeacon Julian tied the ends of the handkerchief since he was unable to do so himself. So died blessed Cyprian.

His body was exposed nearby to satisfy the curiosity of the pagans. During the night the body was removed by the light of wax candles and torches, and with prayer and great pomp it was brought for burial to a piece of open ground belonging to the procurator Macrobius Candidianus near the reservoirs on the Mappalian Way. A few days later the proconsul Galerius Maximus died.

The blessed Cyprian suffered martyrdom on 14 September, under the emperors Valerian and Gallienus, but in the reign of our Lord Jesus Christ, to whom is honor and glory for ever. Amen.

God and his angels look down upon us; Christ, who looks on as we do battle in the contest of faith. What great dignity and glory are ours, what happiness to struggle in the presence of God and to be crowned by Christ our judge.

Let us be armed with a great determination and, pure in heart, sound in faith and full of courage, be prepared to face the combat. What great dignity and glory are ours, what happiness to struggle in the presence of God -and to be crowned by Christ our judge.

Deacon Keith Fournier is Founder and Chairman of Common Good Foundation and Common Good Alliance. A married Roman Catholic Deacon of the Diocese of Richmond, Virginia, he and his wife Laurine have five grown children and six grandchildren, He serves as the Director of Adult Faith Formation at St. Stephen, Martyr Parish in Chesapeake, VA. He is also a human rights lawyer and public policy advocate.