FEAST: St. Dominic and the Order of Preachers

This great saint discerned what was most needed, in the wake of this spread of error - a clear, unafraid, proclamation of the fullness of the Truths taught by the Scriptures and the Church which guarded the deposit of faith.

Today we honor Dominic. As the thirteenth century began, great errors were deceiving many of the faithful in the south of France. There were false teachers in the Church, leading many astray. Like all heresies, the Albigensian heresy weakened the faith of many and led to a weakened Church. Those who succumbed to the errors could no longer properly answer that fundamental question, "Who do you say that I am?"  As a result, they lost sight of who they were - and who they could become by responding to grace and following the Lord in the heart of His Church. Cultures become less human when they cease to be fully Christian. 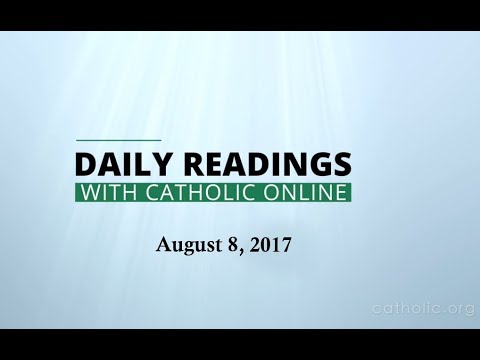 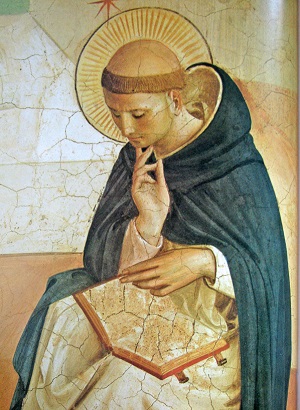 St. Dominic: In his conversations and letters he often urged the brothers of the Order to study constantly the Old and New Testaments. He always carried with him the gospel according to Matthew and the epistles of Paul, and so well did he study them that he almost knew them from memory.

P>WASHINGTON, DC (Catholic Online) - On August 8th we celebrate the Memorial of St. Dominic, Priest. Our Gospel (Mt. 16: 13-23) tells of an encounter between Jesus and his disciples. He asks them to answer the most important question faced by men and women, of every age - Who is Jesus Christ to me? After reporting as to who the crowds said He was, Jesus turns to the ones who had walked with Him. He wants to hear their response. It is Simon who responds with living faith:

He said to them, "But who do you say that I am?" Simon Peter said in reply, "You are the Christ, the Son of the living God." Jesus said to him in reply, "Blessed are you, Simon son of Jonah. For flesh and blood has not revealed this to you, but my heavenly Father. And so I say to you, you are Peter, and upon this rock I will build my Church, and the gates of the netherworld shall not prevail against it. I will give you the keys to the Kingdom of heaven. Whatever you bind on earth shall be bound in heaven; and whatever you loose on earth shall be loosed in heaven."

In that encounter, as in many encounters in the Sacred Scripture, Simon is changed. He receives a new name, Peter, which means Rock. The promise Jesus gave to him, he gave to the whole Church. And, He has kept His promise. The gates of hell have not - and will not - prevail against the Church. The gift of Peter has continued to this hour in the office which protects the primacy of truth in every age and secures the Church in her mission of unity.

Yet, the darkness of sin is present in every age, along with the frailty of the human condition. Our Gospel text continues. Just after that first response, this same Peter does not respond to the Master with clarity: "From that time on, Jesus began to show his disciples that he must go to Jerusalem and suffer greatly from the elders, the chief priests, and the scribes, and be killed and on the third day be raised. Then Peter took Jesus aside and began to rebuke him, "God forbid, Lord! No such thing shall ever happen to you." He turned and said to Peter, "Get behind me, Satan! You are an obstacle to me. You are thinking not as God does, but as human beings do."

The same Simon, now called Peter (Rock), who had just received the public affirmation of the Master, is now openly rebuked. Yet, Peter continued to be used profoundly by the Lord. That is because He loved deeply, passionately and completely. That is all that is required. Peter's faithful life and Martyrs death manifested a willingness, even after a fall, to get back up and continue on the Way. Soit can be with each one of us.

The Saints put legs on the Gospel. They show us by example how we are to respond to the question, "Who Do You Say That I Am?"  They walk the talk. We are all saints, in the sense of having been set aside for the Lord to live holy lives. (CCC # 946 - 952) However, from the earliest centuries of the Church, those Christians who lived in intimate communion with the Lord, demonstrated heroic virtue, and reflected the radiance of Christ were honored, both during life and after death.

They were also given a place of honor within the communion of saints. This is the fertile field from which the practice of canonizing some of those members of the Body of Christ began. The Catholic Catechism explains: "By canonizing some of the faithful, i.e., by solemnly proclaiming that they practiced heroic virtue and lived in fidelity to God's grace, the Church recognizes the power of the Spirit of holiness within her and sustains the hope of believers by proposing the saints to them as models and intercessors. "The saints have always been the source and origin of renewal in the most difficult moments in the Church's history." Indeed, "holiness is the hidden source and infallible measure of her apostolic activity and missionary zeal." (CCC #828)

Today we honor one such saint whose name is Dominic. As the thirteenth century began, great errors were deceiving many of the faithful in the south of France. There were false teachers in the Church, leading many astray. Like all heresies, the Albigensian heresy, weakened the faith of many and led to a weakened Church. Those who succumbed to the errors could no longer properly answer that fundamental question, "Who do you say that I am?"

As a result, they lost sight of who they were - and who they could become by responding to grace and following the Lord in the heart of His Church. Cultures become less human when they cease to be fully Christian. This great saint discerned what was most needed, in the wake of this spread of error - a clear, unafraid, proclamation of the fullness of the Truths taught by the Scriptures and the Church which guarded the deposit of faith.

As a result of his clear teaching and heroic virtue, men began to gather around Dominic. They wanted to imitate him as he imitated Christ (1 Cor. 11:1) and live a devout Christian way of life. The Order of Preachers (OP) was formed and spread as a seed of renewal for the whole Church. They dedicated themselves to instructing the faithful in the truths of the faith. They refuted the errors which had undermined and weakened the Church. These followers later come to be popularly referred to as Dominicans, after the man whom the Lord used to gather them to Himself.

Over the centuries, the Dominicans have always provided extraordinary assistance to the Church in her mission of leading all men and women to the fullness of truth. Some of the greatest theologians in the Catholic Church are Dominicans.  My memory of Dominicans is still fresh. During my studies toward the PhD in Moral Theology, many of my classmates were young Dominicans. Their freshness of love for the Lord was matched by their profound grasp of the deep truths of the Catholic faith and ability to impart it to others.  God knows we need it in this hour!

The Catechism reminds us that the Saints intercede for us:  "Being more closely united to Christ, those who dwell in heaven fix the whole Church more firmly in holiness.  They do not cease to intercede with the Father for us, as they proffer the merits which they acquired on earth through the one mediator between God and men, Christ Jesus. So, by their fraternal concern is our weakness greatly helped." (CCC# 956)

One of the Saints quoted in this paragraph is Dominic. As he was dying, promised his brothers who had gathered around him:  "Do not weep, for I shall be more useful to you after my death and I shall help you then more effectively than during my life." Our second reading from the Office of Readings for this day offers the following testimony from contemporaries of St. Dominic.

Dominic possessed such great integrity and was so strongly motivated by divine love, that without a doubt he proved to be a bearer of honor and grace. He was a man of great equanimity, except when moved to compassion and mercy. And since a joyful heart animates the face, he displayed the peaceful composure of a spiritual man in the kindness he manifested outwardly and by the cheerfulness of his countenance.

Wherever he went he showed himself in word and deed to be a man of the Gospel. During the day no one was more community-minded or pleasant toward his brothers and associates. During the night hours no one was more persistent in every kind of vigil and supplication. He seldom spoke unless it was with God, that is, in prayer, or about God, and in this matter he instructed his brothers.

Frequently he made a special personal petition that God would deign to grant him a genuine charity, effective in caring for and obtaining the salvation of men. For he believed that only then would he be truly a member of Christ, when he had given himself totally for the salvation of men, just as the Lord Jesus, the Savior of all, had offered himself completely for our salvation. So, for this work, after a lengthy period of careful and provident planning, he founded the Order of Friars Preachers.

In his conversations and letters he often urged the brothers of the Order to study constantly the Old and New Testaments. He always carried with him the gospel according to Matthew and the epistles of Paul, and so well did he study them that he almost knew them from memory.

Two or three times he was chosen bishop, but he always refused, preferring to live with his brothers in poverty. Throughout his life, he preserved the honor of his virginity. He desired to be scourged and cut to pieces, and so die, for the faith of Christ. Of him Pope Gregory IX declared: "I knew him as a steadfast follower of the apostolic way of life. There is no doubt that he is in heaven, sharing in the glory of the apostles themselves."

God is our Lord (3rd Grade)