Saints and Heroes of the Faith: Fr Dwight Longenecker On The Day I Met St Therese

As a convert from Evangelical American religion, I didn't know much about the little saint of Lisieux

I was an Anglican priest the summer I met St Therese of Lisieux. I was living in England and had three months free between jobs, so I decided to make a pilgrimage to Jerusalem. I was going to hitch hike and stay in monasteries and religious houses on the way. 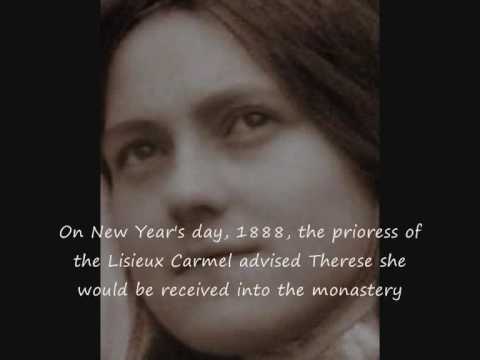 P>GREENVILLE,SC (Catholic Online) - I was an Anglican priest the summer I met St Therese of Lisieux. I was living in England and had three months free between jobs, so I decided to make a pilgrimage to Jerusalem. I was going to hitch hike and stay in monasteries and religious houses on the way.

The first leg of my journey took me across the English channel to Normandy. As divine providence would have it, I missed the ferry to the more Eastern port of St Malo and headed instead for the French port of Le Havre. Once off the boat, I headed for the Benedictine monastery of Bec Hellouin. Bec is over a thousand years old, and is famous for providing the church in England with a couple of archbishops over the years. After staying with the monks at Bec I headed for the town of Lisieux.

As a convert from Evangelical American religion, I didn't know much about the little saint of Lisieux. I had learned that Catholics call her the 'little flower' and that she died young of a terrible disease. What little I did know I didn't like. Her syrupy sweet spirituality didn't seem very manly to me. I wasn't sure what 'little flowers' had to do with anything and thought all the little girl talk about 'Dear papa in heaven' and 'being God's good little girl' were a bit much.

When I got to Lisieux things didn't improve much. I made my way up to the imposing basilica dedicated to the saint on the hill outside the town. It looked big and ugly from the outside, and the road leading up to the basilica was crowded with souvenir shops with rosaries hanging from the awnings, postcards and images of the saint (and every other saint imaginable) pictures of Mary and Jesus with wide eyes, and holy water bottles shaped like Mary with crowns that unscrewed. To a tasteful young Anglican priest it was all pretty tacky, and I thought the French ought to know better.

I enquired at the guest house called The Hermitage next to Therese's Carmelite convent. A neat little nun showed me up to my room, and after a simple French supper I wandered around the town for a short time. It was a balmy June evening, and the sun was setting as I went back to The Hermitage and settled down for the night. I opened the window and before long I was fast asleep.

At three in the morning I woke up and was immediately aware of something happening. The moon was shining through the window and a light breeze wafted the curtains. I sat up in bed, not alarmed, but alert-more alert and awake than one should be if woken up in the small hours of the morning. There seemed to be a presence in the room, and it felt like a feminine presence-a very benign and loving and powerful feminine presence. I sensed that it was Therese. I sat there for at least thirty minutes in silence experiencing a dynamic inner calm I can only describe as a quiet bliss. Then the experience passed and I went back to sleep-but not before I decided that I would get over my prejudice and have a more serious meeting with the young lady called Therese of Lisieux.

The next day I went to her childhood home and bought an English translation of her Story of a Soul. I discovered that her sentimental spirituality had a purpose. It was a reminder of the gospel lesson that all of us, if we were to enter the kingdom, had to become as little children. I also learned that this little flower was no shrinking violet. She was tough, tougher than I had ever thought it necessary to be in my own feeble attempts at being a Christian. Then I learned that she had a vocation to pray for priests, and I said, "Therese, I know you pray for priests. I am only an Anglican priest, and not a full member of your family, but I hope you will pray for me too as I embark on this pilgrimage."

The pilgrimage took me through the most historic and wonderful parts of France and Italy, and then through Greece to the Holy Lands. Along the way I stayed in Benedictine monasteries and got into the rhythm of prayer and the life of the monks with whom I stayed.  All summer I also felt the presence and prayers of the little saint of Lisieux.

Since then, my life's pilgrimage has taken me places I never imagined. Eight years after my encounter in Lisieux I left the Anglican ministry to become a Catholic. Twelve years after that I was ordained as a Catholic priest. I am convinced that the prayer I said all those years ago in Lisieux was answered more amazingly than I ever could have imagined. Who would have guessed that her prayers would not only help me to make my way into the Catholic Church, but that I (a married man with four children) would also be able to be ordained as a Catholic priest.

Fr Dwight Longenecker is the Parish Priest of Our Lady of the Rosary Catholic Church in Greenville, South Carolina. Contact him, browse his books and check out his blog at www.dwightlongencker.com