St. Ignatius of Antioch: Model of Bravery, Man for our Times

A needed model for our times of total love of God

In the face of the current "witch-hunts" endured by some of our Bishops, let us remember a hero on October 17, the feast of St. Ignatius of Antioch.  St. Ignatius of Antioch is a bishop and martyr of the Church who died in the year 107.  He was torn apart by wild beasts for refusing to deny the True God as part of a public spectacle under the sentence of the pagan Emperor Trajan. His example should inspire us all as we face hostility to the faith in our own age. 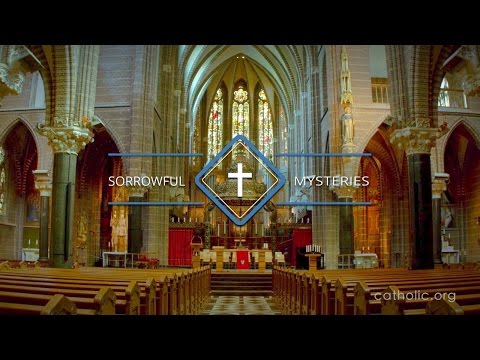 WASHINGTON DC (Catholic Online) - We live in a time, especially in the United States of America, where Christian bravery seems to be unpopular at best. This is not new. Even when I was younger I felt that too often Christians ignored their responsibilities when the times were tough, and that some leaders within the Catholic Church, even among the clergy, were unwilling to move beyond their comfort zone and do what was best for those entrusted to their care.

The sanctity of life, the truth and dignity of marriage, religious liberty, and other truths which the Catholic Church proclaims and defends are under assault. Understandably, Catholics look to their leadership for direction. Unfortunately, many people point to inaction from Catholic leaders. Too few acknowledge the brave and courageous efforts of many American Bishops.

While reflecting on the unjust' witch-hunts' that misdirect our attention and waste our time, I remembered that October 17, is the feast of St. Ignatius of Antioch. St. Ignatius of Antioch is a bishop and martyr of the Church who died in the year 107. He was torn apart by wild beasts as a public spectacle under the sentence of Emperor Trajan, known for his particularly brutal ways.

The charge against Ignatius was one that he wore proudly.  In the ninth year of Trajan's reign, he declared that everyone, including Christians, must bow and worship along side their pagan neighbors.  Ignatius was unwilling to acknowledge any "god" of a pagan empire. He stayed faithful to the source of his strength, the Risen Lord, Jesus Christ.

St. Peter, the first Pope, consecrated Ignatius as Bishop around the year 69.  Ignatius was well-known for his teaching and practice of the faith. It was that Catholic Christian faith which informed and inspired his rejection of Trajan's order to have him worship anything other than the true God, the One he believed in.

As popular and revered as Ignatius' willing death for the sake of Jesus is, he is more widely known for the writings he left in his journey from Antioch to Rome, where he was killed.  Along his journey as a prisoner, he wrote many documents and left them with the Christian communities along the way.  He not only addressed the teachings of the Church to inspire in the local believers to live lives dedicated to our Lord, but also the nature of his upcoming death.  In one of his final writings, he wrote to the Romans, "Permit me to imitate my suffering God ... I am God's wheat and I shall be ground by the teeth of beasts, that I may become the pure bread of Christ.  Pray to Christ for me that the animals will be the means of making me a sacrificial victim for God."

The image of having one's bones ground into God's wheat is graphic and unsettling, but so is the Christian life at times.  Living as a Christian sometimes requires great sacrifice, but the glory of heaven is certainly worth the trivial offerings we make to our Lord.  Even the giving of our own lives pales in comparison to the death of Christ on the cross. He was without sin and totally good.  Yet, He emptied Himself on our behalf. He loved us enough to die for us.  So, He has left us an example. The Saints and martyrs understand and show us the path to follow. Ignatius recognized that even  martyrdom, though it is the greatest love we can show, still requires God's grace. It is that grace which can make us the ground wheat of His pure bread.

As a high schooler researching saints that I admired and wanted to model my life after, I could not help but be seriously drawn to St. Ignatius of Antioch.  I chose him for my confirmation name.  His fervent desire for truth and his love for God and His people, even if that meant being ravaged by wild beasts, was something that I wanted to be capable of.  I still want that capability.

As you go about your day, think about the great sacrifice St. Ignatius of Antioch made for our Lord.  Then examine your own life and discern whether or not you have the courage of this holy bishop.  If not, begin to make small changes on the way to holiness.  Also, pray for our present-day bishops.  Pray that they might have the courage to stand in the face of adversity and love the Lord as much as our great bishops and martyrs of the past.

-----
Billy Atwell contributes to Catholic Online, and blogs for The Point and the Manhattan Declaration. As a young lay Catholic and two-time cancer survivor he offers commentary on faith, culture, and politics. You can find all of his writings at For the Greater Glory.