A billionaire is trying to buy an election - but will he succeed?

Billionaire and former mayor of New York City, Michael Bloomberg is now running in second place for the Democratic nomination. Although Bloomberg entered the race late, he is running to defeat Bernie Sanders and to take on Donald Trump in the general election. Bloomberg is spending hundreds of millions of his own money to convince voters to support him. 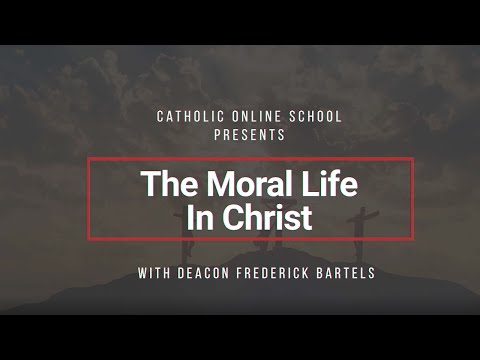 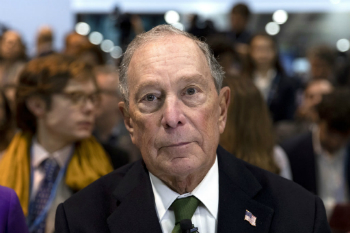 Michael Bloomberg is spending hundreds of millions of dollars to buy the Democratic nomination.

LOS ANGELES, CA (California Network) - Michael Bloomberg is the former mayor of New York City, and the billionaire owner of Bloomberg L.P. He is 78 years old, the same age as Bernie Sanders, the Senator from Vermont who is leading the race for the Democratic nomination. Bloomberg is a late entrant into the race. In fact, he does not appear on any ballots until the Super Tuesday votes on March 3. On that day, multiple states will vote to choose the Democratic nominee for president.

To win, Bloomberg has spent $320 million of his $60 billion dollar fortune on TV advertising alone. One can hardly turn on the television or radio without being exposed to an advertisement for his candidacy.

So far, the big spend is working. Bloomberg was not invited to the Democratic debates in previous months because he did not meet the threshold for the number of donations from individual donors. Under the DNC's own rules, candidates had to have a certain number of individual donors to qualify for the debates. But for some "unknown" reason, the DNC changed its rules which will allow him to appear on stage for the Democratic debate in Nevada. Nevada holds its caucus on Saturday.

The rules change only benefits Bloomberg, and has many crying foul.

Why is this happening?

Just as in 2016, the Democratic establishment attempted to crown the hair apparent. In 2016, it was Hillary Clinton. Challengers were unwelcome. Bernie Sanders made a late surge in the polls and while he did not defeat Clinton, his presence in the primary was clearly unappreciated. The Democratic establishment used its powers to ensure that Sanders could not win the primary. Even when Sanders won several state primaries, Clinton was still awarded most of the delegates from those states using the Committee's superdelegate system. Superdelegates are high ranking party members who can vote for any candidate they choose, regardless of how people vote.

Over the past year, the party has designated former Vice President Joe Biden as the heir apparent. Biden was President Obama's vice president, and he enjoyed wide acclaim and name recognition. However, Biden employed a lackluster strategy. His primary campaign messages was, "Only I can beat Donald Trump." And that's it. There was no vision for the future, no enthusiasm. His campaign events were poorly attended. Yet in poll after poll, Biden enjoyed a large lead and appeared on-track to win.

Then, the Iowa caucuses happened, and Biden failed spectacularly, finishing fourth. He finished fifth in New Hampshire. Since then, he has lost about half of his support. While he is hoping to do better in Nevada, by all metrics, his campaign is dead.

Also dead is the campaign of Elizabeth Warren, who once enjoyed the real possibility of becoming the nominee. However, her campaign collapsed after she accused Bernie Sanders of privately telling her that a woman cannot win the presidency. While her claim may very well be true, it backfired and Warren lost support. It did not help that the media establishment attempted to spin the story into a major scandal without proof beyond Warren's claim. Sanders denied the claim, and there are several instances on record where he previously encouraged women to run for office and even the presidency.

So, the DNC began seeking alternatives to Warren. Pete Buttigieg performed well in Iowa and New Hampshire. In fact, Buttigieg won one more delegate than Sanders in Iowa, despite having slightly fewer popular votes. And he tied with Sanders in New Hampshire for delegates, although he again had fewer votes than Sanders. But Buittigieg did not plan on winning the presidency. Or at least it does not seem apparent, since he did not organize much in states beyond Iowa and New Hampshire. Now he is scrambling to organize with only days to go, and there is no realistic way he can catch up to Sanders' lead anywhere else.

Likewise, the campaign of Amy Klobuchar is expected to fizzle out by March 3.

This leaves Bloomberg as the only candidate who can possibly challenge Bernie Sanders.

Democrats are worried that Sanders' open embrace of Democratic Socialism will cause him to fail spectacularly against President Trump. Young people form the backbone of Sanders' support and they are very motivated. Sanders' campaign events fill up fast and are as popular as rock concerts. However, young people have trouble showing up to the polls and voting.

Bloomberg is a controversial candidate for several reasons. First, there is a general sense that he is buying his way to the Democratic nomination. Second, Bloomberg is seen as an oligarch and an establishment candidate at a time when those labels are liabilities. Third, Bloomberg has expressed disdain for minorities, including people of various gender identities. The Democrats represent such populations, yet the party strangely appears to be embracing a person who has openly disrespected and criticized them in the past. Bloomberg was previously a Republican, and has even supported Republicans against Democrats. Finally, Bloomberg also suffers from a large number of harassment complaints from women which will likely blow up during the election.

It appears the DNC is more interested in money and winning against Trump than actually representing its one constituency, which is precisely why Bloomberg is likely to lose against Trump. Few Sanders supporters are going to be enthusiastic for Bloomberg in the general election. Some may even vote for Trump.

Democrats are split on the candidacy of Sanders. He is loved and hated, but those who love him form a significant bloc of support. And if the party uses its power to nominate Bloomberg when Sanders is more popular, it could cause the party to split once-and-for-all. The youth of the party are far more radical and pro-socialist, and a new party could emerge to the left of the Democrats, who seem to disdain them.

In the general election, there is no guarantee Bloomberg can win against Trump. Trump has survived all challenges, has self-funded his campaign but spent much less money. Like Sanders, Americans both love and hate Donald Trump, but they know him and the Trump economy is treating many people well. There may not be enough reason for people to switch billionaire presidents in the middle of a strong economy.

For now, Sanders enjoys a double-digit lead of 11 points ahead of Joe Biden, who is his closest contender and fading fast. He is 12 points ahead of Bloomberg. After the Nevada Caucus and the South Carolina primary next week, Sanders is expected to be in an even stronger position. Sanders is also favored to win in California, which is a massive state with many delegates up for grabs. In short, Bloomberg may be too late.

For now, President Trump seems to be winning and enjoying the Democrats tearing one another down. And whoever wins the Democratic nomination, Trump will have plenty of ammunition for the general election.