Pro-life leaders rally behind State of the Union

Catholic and pro-life leaders have welcomed President Donald Trump's call for Congress to ban late-term abortion throughout the United States. Trump made the call during his State of the Union address on Tuesday, Feb. 4. 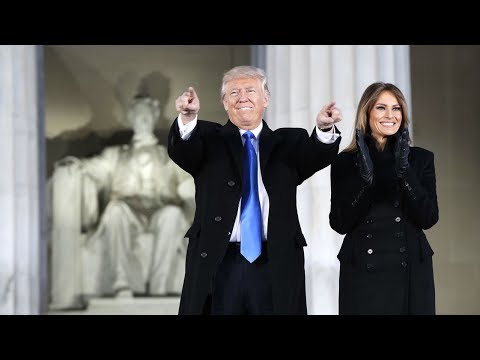 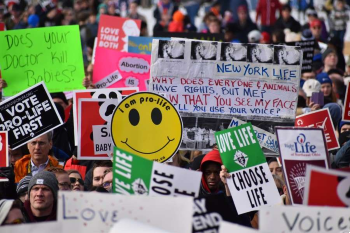 Washington D.C., (CNA) - Catholic and pro-life leaders have welcomed President Donald Trump's call for Congress to ban late-term abortion throughout the United States. Trump made the call during his State of the Union address on Tuesday, Feb. 4.

After introducing two of his guests, 2-year-old Ellie Schneider, who was born prematurely at 21 weeks and six days gestation, and her mother, Trump said that he would be moving to increase funding for neonatal research, and that he hoped Congress would "pass legislation finally banning the late-term abortion of babies."

"Whether we are Republican, Democrat, or independent, surely we must all agree that every human life is a sacred gift from God," said Trump.

Pro-life leaders rallied behind the inclusion of the proposal in his speech, as well as the showcasing of a child who was born before supposed "viability."

"Thanks to Roe and its progeny, America's abortion policies are wholly out of step with the people's consensus - across the political spectrum - that abortion should be significantly restricted," Melanie Israel, a research associate at the Heritage Foundation, told to CNA.

Israel said it was "shameful" that the United States is one of only seven countries where it is legal to have an elective abortion after the 20th week of a pregnancy, and she characterized the call to action at the federal level as "long overdue."

Many reactions highlighted research showing that unborn children are capable of feeling pain by the 20th week of pregnancy.

"Precious children like Ellie are legally aborted every day in America at a point by which science shows they feel excruciating pain," said Susan B. Anthony List President Marjorie Dannenfelser, who is also national co-chair of Pro-life Voices for Trump, in a statement after the address.

"A strong majority of Americans back legislation protecting unborn babies from late-term abortion after five months of pregnancy, yet Democratic contenders for president cannot identify a single limit on abortion they support--they won't even condemn infanticide. The heartless policies of today's Democratic Party would deny that babies like Ellie have any right to live," she added.

Jeanne Mancini, president of the March for Life, shared a similar sentiment to Dannenfelser.

"Every human life, born and unborn, is equal in worth and dignity. This truth is especially clear in the later stages of pregnancy when a baby can feel pain. Protecting babies from abortion after they can feel pain, about 20 weeks into pregnancy, is a common sense and compassionate, not to mention popular, measure that everyone should be able to easily agree upon," said Mancini.

"If anyone doubts this, all they have to do is look at Ellie Schneider, who was born at 21 weeks and today, at two years old, is a light to her family and the world.

The inclusion of Ellie Schneider "compels us to recognize the humanity of a child at this stage of development," said Maureen Ferguson, a senior fellow for The Catholic Association.

"A new groundbreaking study led by a pro-choice researcher suggests that an unborn child can experience pain as early as 13 weeks, and concludes that women considering abortion should be so informed. We ask Congress to ban the inhumane practice of late-term abortion," she said.

Trump also called for paid family leave for new parents, and said that his new law, which provides leave for federal employees, serves "as a model for the rest of the country."

"Now I call on the Congress to pass the bipartisan Advancing Support for Working Families Act, extending family leave to mothers and fathers all across our nation," said Trump.