A court in Germany overturned Monday a school's ban on niqabs, ruling that Hamburg law does not allow educational authorities to impose such a ban. 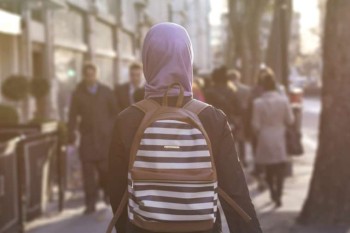 Hamburg, Germany, (CNA) - A court in Germany overturned Monday a school's ban on niqabs, ruling that Hamburg law does not allow educational authorities to impose such a ban.

The niqab is a face veil worn by some Muslim women.

The Feb. 3 ruling by an administrative court come after a 16-year-old student was told she must expose her face to her teachers.

According to the court, the student has "a right to unconditional protection of her freedom of belief."

Hamburg's state minister for education, Ties Rabe, said in response to the ruling that he would seek to change the state's law, and that "only if students and teachers have a free and open face can school and lessons function."

The German state of Schleswig-Holstein recently failed to pass a ban on niqabs in universities and colleges, but Bavaria has had a similar ban since 2017.

European countries have moved toward banning niqabs and other religious garments in recent years.

A Dutch ban on wearing "face-covering clothing" in hospitals, schools, government buildings, and on public transit went into effect in August 2019. One law professor at a Dutch university suggesting it would be to the detriment of religion's role in the public square.

Austria implemented a bans on wearing burqas or niqabs in some public places in 2017. They have been banned in public in France since 2010.

In a 2017 ruling The Court of Justice of the European Union allowed a qualified ban on hijabs in the workplace. The ban additionally forbade other religious garb, including crucifixes, skullcaps, and turbans, from being worn while at work, depending on internal company rules.

A German court ruled in 2015 against a blanket ban on teachers wearing headscarves.