At State of the Union, what pro-life leaders hope to hear

Ahead of President Donald Trump's annual State of the Union address on Tuesday, Feb. 4, pro-life activists and Christian leaders say they hope the president will use his address to advocate for the right to life and to protect religious minorities. 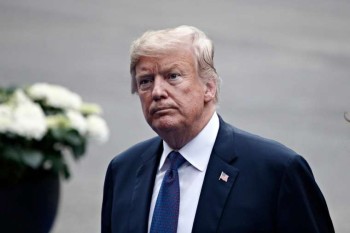 Washington D.C., (CNA) - Ahead of President Donald Trump's annual State of the Union address on Tuesday, Feb. 4, pro-life activists and Christian leaders say they hope the president will use his address to advocate for the right to life and to protect religious minorities.

"I hope President Trump takes the opportunity to call Americans to unity on the human right to life. We need to move beyond partisanship and rally around a shared vision for Americans who especially need solidarity, love, and care,' said Tom Shakely, chief engagement officer at Americans United for Life.

Trump could offer, 'a national appeal to build a culture of life, a real spectrum of life-affirming choices that rejects violence and self-harm, in every state, city, and town,' said Shakely. This potential message 'would be a powerful and important moment in our history.'

On Tuesday afternoon, the White House revealed that two of the guests at the State of the Union would be Ellie and Robin Schneider, from Kansas City, Missouri. Ellie, who is two years old, was born to her mother Robin at just 21 weeks and six days gestation.

'With the help of an incredible medical team--and the prayers of her parents and their community--Ellie kept beating the odds, exceeding milestones, and fighting for life,' said a press release announcing guests attending the address.

Across the country, there were 36 state laws passed in 2019 that sought to preserve a legal right to abortion. This number is an increase from just five in 2018. Many states passed laws that legalizes abortion in the third trimester.

The Schneiders' presence at the State of the Union suggests that Trump will endorse a new pro-life policy initiative at the federal level.

The State of the Union address covers a multitude of topics, but does not always include nods to each of the president's policies. Last year, Trump did not mention religious freedom or the plight of persecuted religious minorities worldwide in his address.

While in the year since his speech, the president has pledged to support those groups, advocates hope he will raise the issue during his speech.

Edward Clancy, director of outreach at Aid to the Church in Need, told CNA that he hopes Trump uses his address 'to remind the world community that there are vulnerable religious minorities in harms' way around the world, and to deal proactively with the conditions that cause danger.'

Those conditions, explained Clancy, include governmental corruption, a lack of access to education, particularly among women, and 'foreign actors who seek to instill violence and repression to control or eliminate' minority groups.

Kristen Day, president of Democrats for Life, told CNA that while she is interested in what Trump will have to say related to abortion and family leave, she is more concerned with how her party chooses to respond to the address. The official Democratic Party response will be delivered by Michigan Gov. Gretchen Whitmer.

'Clearly, President Trump is going after the pro-life vote,' said Day. 'So what I'm more interested in this evening is what the the governor of Michigan says to the pro-life voters out there.'

Day said that she will be waiting most to see how Whitmer categorizes the abortion issue.

'Is she going to talk about abortion and how important that is to the values of the party,' asked Day. 'Or is she going to try to think about the big tent, diversity, and trying to appeal to the pro-life voters to bring them back to the party?'

A 2019 Gallup Poll showed that 14% of Democrats said they believed that abortion should be illegal in all circumstances, and that 39% said it should be legal under any circumstances.

Approximately 59% of Democrats support at least some restrictions on abortion.

The Democratic Party's 2016 platform called for abortion to be available without any restrictions, as well as a repeal of the Hyde Amendment.

Pro-Life Democrats are 'most interested in what the Democrats are saying cause you know, we're told we don't belong and we're no longer going to be taken for granted,' said Day.

'We need to hear that we are part of this (Democratic) party. No more litmus tests, no more telling us that we can't run unless we change our position. We should be valued members of the party and not left out, and it's a big tent.'