Pope Francis Monday named Bishop Alberto Rojas, an auxiliary bishop of Chicago, to be coadjutor of the Diocese of San Bernardino, California, and serve alongside Bishop Gerald Barnes until Barnes' retirement. 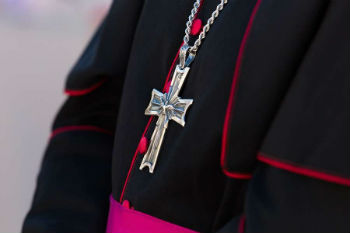 As coadjutor, Rojas will assist Bishop Gerald Barnes in the administration of the San Bernardino diocese and succeed him as bishop upon his retirement or death.

Rojas, who was born in Mexico, has been an auxiliary bishop of Chicago since 2011, serving under both Cardinals Francis George and Blase Cupich.

San Bernardino has one of the highest concentrations of Hispanics in California. According to the 2010 census, the county was 39.2% Hispanic.

Barnes, who has led the Diocese of San Bernardino for 23 years, announced in August his intention to retire in June 2020 at the age of 75.

Diocesan bishops are required by canon law to submit their resignation to the pope upon reaching age 75. It is then the decision of the pope to accept the resignation at his discretion.

Barnes announced the appointment of a coadjutor in a statement on the diocesan website Aug. 7, stating that "the next 12 months will be a year unlike any other in recent memory in our Diocese. It will be a time of ending, of new beginnings and, for me, a time of transition."

He studied for the priesthood at Santa Maria de Guadalupe seminary in Aguascalientes, Mexico and at Mundelein Seminary in Illinois, before being ordained a priest for the Archdiocese of Chicago in 1997.

Rojas was named an auxiliary bishop of Chicago by Benedict XVI and ordained bishop in August 2011.

As a bishop, he has been the archbishop's delegate for the archdiocesan Hispanic-American council, liaison to Hispanic Catholics, a member of the U.S. bishops' conference's Hispanic Affairs Committee, and a regional liaison for the National V Encuentro of Hispanic and Latino Ministry.

Rojas was also a member of the seminary formation faculty at Mundelein Seminary from 2002-2010.

Bishop Barnes will give a press conference on Rojas' nomination and on "episcopal transition" at 10:00 am PST. It can be viewed through a livestream found on the diocesan website.