A federal district court judge on Thursday denied Maryland's motion to dismiss a suit by a Christian school against the state superintendent of schools. The school complains it was barred from a voucher program because of its religious beliefs. 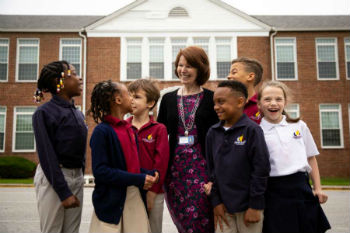 Baltimore, Md., (CNA) - A federal district court judge on Thursday denied Maryland's motion to dismiss a suit by a Christian school against the state superintendent of schools. The school complains it was barred from a voucher program because of its religious beliefs.

Bethel Ministries, an ecclesial community that runs Bethel Christian Academy, filed a suit in June against the Maryland Department of Education.

The education department last year disqualified the academy from participating in the state's Broadening Options and Opportunities for Students Today voucher program, which benefits low-income students.

The department had previously requested to see the student handbooks of schools in the program. Bethel's handbook includes a statement of Christian beliefs about marriage and sexuality.

In making its decision, the Department of Education cited a state law forbidding BOOST schools from discriminating in the admissions process on sexual orientation.

"Bethel has plausibly alleged that Defendants violated several of its First and Fourteenth Amendment rights in the course of deeming the school ineligible for BOOST," Stephanie Gallagher, a judge of the US District Court for the District of Maryland, wrote in her Nov. 14 ruling allowing Bethel's suit to go forward.

"Bethel has consistently maintained that the school does not discriminate in student admissions on the basis of sexual orientation," she noted, adding that in correspondence with the BOOST advisory board, Bethel explained "that it does not consider sexual orientation or sexual attraction when evaluating applications for admission."

Gallagher wrote that Bethel "has plausibly alleged" that the education department "infringed upon several of its constitutional rights. Namely, Bethel has presented a plausible case that the Advisory Board's determination of ineligibility was motivated by the school's religious affiliation."

"Bethel has plausibly alleged that Defendants deemed it ineligible for BOOST not because of evidence of discrimination in admissions, but because of [its] Christian identity. In other words, it is plausible that the Advisory Board, in determining that Bethel violated the nondiscrimination provision, unjustly conflated the school's religious beliefs with discriminatory behavior."

The judge concluded that "in ruling on Defendants' Motion to Dismiss, this Court must take as true that Bethel has not discriminated in admissions on the basis of sexual orientation, and thus, must reasonably infer that Bethel has complied with the nondiscrimination provision enforced by Defendants."

Bethel families were notified that they could no longer use the voucher at the academy just a few weeks before the start of the 2018-2019 school year. At least six students were forced to leave the school because of the disqualification and its resulting lack of funding. One in five students at Bethel relies on some kind of financial aid.

In revoking Bethel's eligibility, the Department of Education also told the school that it must repay $102,600 it had already received from the voucher program.

Christiana Holcomb, a legal counsel with Alliance Defending Freedom, said after Gallagher's ruling that "we're pleased that the court has rejected Maryland's attempt to shut down this case. Bethel Christian Academy offers an academically rigorous and caring Christian education in a diverse environment, but Maryland has refused to play by its own rules, expelled Bethel from a neutral government voucher program without just cause."

Gallagher was appointed to the Maryland district court by President Donald Trump, and had been nominated to the same position by Barack Obama.