As the South Carolina legislature considers a bill that would ban most abortions after an unborn baby's heartbeat is detectable, a Senate committee vote has restored exemptions that would allow abortions in cases of rape or incest. 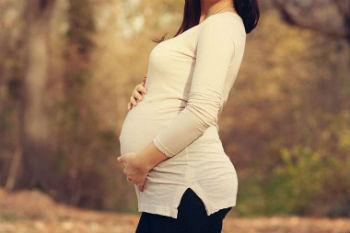 Columbia, S.C., (CNA) - As the South Carolina legislature considers a bill that would ban most abortions after an unborn baby's heartbeat is detectable, a Senate committee vote has restored exemptions that would allow abortions in cases of rape or incest.

The bill will now head to the full state Senate for consideration. Gov. Henry McMaster has said he would sign the bill regardless of whether the exemption is present, the Associated Press reports.

The legislation would require doctors to test for an unborn baby's heartbeat before an abortion is performed. The heartbeat is detectable about six weeks into pregnancy.

Doctors who fail to comply could face criminal penalties if the bill becomes law. Women seeking abortions would not be subject to criminal prosecution.

An amendment to add an exemption to the original abortion ban legislation in cases of rape and incest - Amendment H.3020 - was debated by the House of Representatives and passed in a 70-31 vote in April.

On Oct. 22 a subcommittee of the Senate's Medical Affairs Committee voted 4-3 along party lines to remove the exceptions.

In the Senate Medical Affairs Committee on Nov. 5, three Republicans joined six Democrats to refuse to advance the bill in its current state. This restored the previous exceptions. The three Republicans then sided with six other Republicans to pass the updated bill by a vote of 9-6.

Both versions of bill allowed for abortion in cases determined to be medical emergencies.

Some Republicans have objected to the bill on the grounds that it could lead to a fight in the Senate. Some said they wanted to wait to see if similar laws in other states withstand legal challenges, the Associated Press said.

Republican Rep. Tom Davis of Beaufort, a backer of the exceptions, said they were comparable to the exception allowing abortion where it is believed it would save the life of the pregnant mother. A woman's mental health could be at stake if she were required to bear a child conceived during a crime, he argued. Davis also said he wanted to vote for legislation "that has a reasonable likelihood of being passed," the Associated Press reports.

Sen. Richard Cash, who backed the previous amendment removing the exceptions, said incest and rape are horrible crimes but argued that protecting innocent life is part of the basic responsibility of government.

"You are in fact killing an innocent human being. Whether you mean to or not, you are punishing a person wrongfully for something he or she had nothing to do with," Cash said, according to the South Carolina newspaper The State.

In an Oct. 24 statement, after the exceptions had been removed, the Diocese of Charleston expressed hope that the bill would become law.

"The Church deeply believes in the humanity of the unborn and supports the Senate's vote to move the Heartbeat bill further along in the legislative process," the statement read.

These bans have not taken effect and are now in court, though the U.S. Supreme Court is believed to be favorable towards changing the current legal precedent that mandates broad legal abortion access nationwide.

In other states, pro-abortion legislators and judges have acted to strengthen legal abortion at the state level.