Ahead of a scheduled reinstatement of the death penalty for federal inmates, the bishops of Indiana are calling on U.S. President Donald Trump and his administration to reverse the decision. 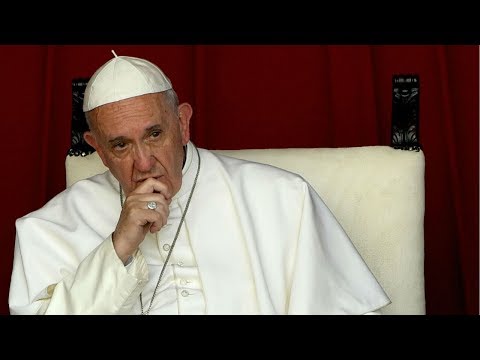 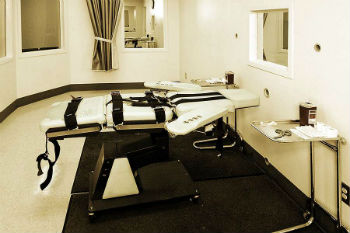 Indianapolis, Ind., (CNA) - Ahead of a scheduled reinstatement of the death penalty for federal inmates, the bishops of Indiana are calling on U.S. President Donald Trump and his administration to reverse the decision.

"The federal government's decision in July to end a 16-year moratorium on executing federal inmates is regrettable, unnecessary and morally unjustified," the bishops said in a joint statement Oct. 4, released through the Indiana Catholic Conference.

In the Catholic Church in the United States, October is celebrated as Respect Life Month, with activities and prayers focused on respecting life from conception to natural death.

"As we observe Respect Life Month in the Catholic Church, we, the Bishops of Indiana, in as much as federal executions are conducted in our State, ask President Trump to rescind the U.S. Justice Department's decision to resume capital punishment later this year. We respectfully implore that the sentences of all federal death row inmates be commuted to life imprisonment."

On July 25, the U.S. Department of Justice announced it was making plans to "resume capital punishment after a nearly two decade lapse, and bringing justice to victims of the most horrific crimes."

The statement added that the Attorney General would be directing the Federal Bureau of Prisons to schedule the executions of five federal death row inmates, all of whom have been convicted of murdering, and in some cases also raping or torturing, children and the elderly.

"Each of these inmates has exhausted their appellate and post-conviction remedies, and currently no legal impediments prevent their executions, which will take place at U.S. Penitentiary Terre Haute, Indiana," the Department of Justice stated in July. The decision came despite several states placing moratoria on their state death penalties in recent years.

It also came one year after Pope Francis modified the Catechism of the Catholic Church to state that capital punishment is "inadmissible." Previously, the Catechism had stated that the death penalty was admissible for guilty parties "if this is the only possible way of effectively defending human lives against the unjust aggressor."

Federal executions in the U.S. are rare, with only three occurring in the modern era and the last one being in 2003, the Death Penalty Information Center reports. The federal death penalty was ruled unconstitutional by the Supreme Court in 1972 in Furman v. Georgia, but revised federal death penalty statues were reinstated in 1988.

In their statement, the Indiana bishops noted that "In seeking to end the use of the death penalty, we do not dismiss the evil and harm caused by people who commit horrible crimes, especially murder. We share in the sorrow and loss of families and victims of such crimes. And we call upon our faith community and all persons of good will to stand with the victims and to provide spiritual, pastoral and personal support."

However, they added, their support of a moratorium on the death penalty comes from a respect for all human life. "Capital punishment undermines the dignity of human life. Taking human life is justifiable only in self-defense, when there is no other way to protect oneself, another innocent person or society from extreme violence or death," the bishops said. "In the case of incarcerated prisoners, the aggressor has been stopped and society is protected. Hence, it is no longer permissible to take the life."

Besides being morally problematic, the Indiana bishops said, the death penalty "neither helps the victims who survive, nor does it mitigate the loss of a loved one" and also takes away the guilty party's chance for "reconciliation and rehabilitation."

The bishops added that the death penalty is unequally applied to minorities, the poor, and those with mental health problems, and that it always carries with it a risk that an innocent person is being put to death.

They also expressed concern for the authorities that are tasked with carrying out the death penalty.

"Moreover, its application also impacts those who are associated with it, particularly correctional officers and those who are obligated to participate in taking a human life. The psychological and spiritual harm that these persons experience is real," they said.

"We join our brother bishops of the United States in calling for an end to the death penalty. Twenty-five states no longer use it as a form of punishment. We ask the federal government to continue its moratorium until it can be rescinded formally as a matter of law."

Federal use of the death penalty is scheduled to resume Dec. 9, when Daniel Lewis Lee's execution is slated to take place. Lee, a member of a white supremacist group, was found guilty in 1999 of multiple offenses, including the murder of a family of three, according to the Department of Justice.