Catholic priests in California could be required to break the seal of confession under a proposed law. The law, proposed by Sen. Jerry Hill (D-San Francisco), would create a legal obligation to report cases of sexual abuse brought to them by fellow clergy. 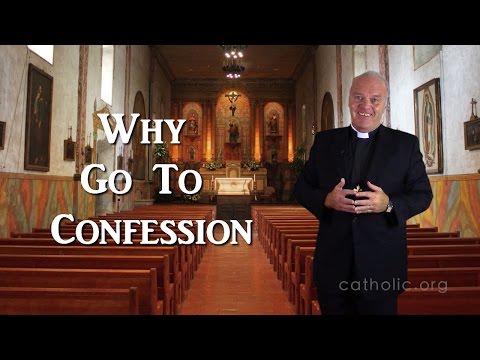 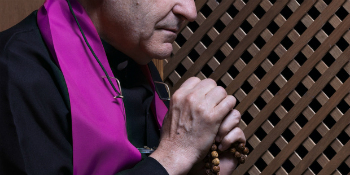 Under a new law, Priests may be legally obligated to break the confessional seal in California.

LOS ANGELES, CA (California Network) - A proposed law in California is speeding through the state legislature, and is likely to pass. California Senate Bill 360 would legally obligate a priest to report to authorities a fellow member of the clergy who confesses to committing an act of sexual abuse.

It is beyond doubt that most priests would be happy to report such incidents to police. But it is unclear that such confessions happen in the first place. And we must keep the issue in perspective, and avoid gross generalizations.

The bill is well-intentioned and is on track to become law. It passed the Senate by a large margin and is on its way to the Assembly. There is no place for child abusers among the clergy of the Church and such individuals are a danger to children, the Church, and themselves. Justice demands they face consequences for the harm they do.

However, the law could be counter-productive. After all, a priest who is abusing children and knows his confession could get him arrested, may simply withhold his confession. This would place the evildoer in even greater peril, since they would never make a full confession.

Priests are also trained to encourage those who admit to crimes to turn themselves in, or seek some kind of help as part of their penance, often a condition of reconciliation. Such counsel can often result in cooperation with authorities. And priests who at least know one of their colleagues is a danger can use their knowledge to take internal measures to prevent future crimes.

This is an ersatz alternative to legal justice, but may be better than nothing at all. The California law could prevent even this. To be pointedly clear, this alone isn't okay; it isn't acceptable. But the seal of confession cannot be broken, no matter how heinous the crime. For if the seal could be broken, the result would be even less justice, not more.

The problem of pedophile priests is one the Church must solve. And it should solve the problem while cooperating with the public authorities. Confession aside, every single report of abuse must be promptly shared with authorities. This should also apply to old records, even if the accused is deceased. Only full and absolute transparency will restore public confidence in the Church.

The Church should also consider who it permits into its seminaries, carefully screening those who might struggle with their sexual impulses. This is already done, but is the current process sufficient or effective? It cannot be, given the scope of the crisis. The Church should maintain a system for dealing with troubled clergy, especially those who are suspect, but cannot be legally tried or jailed. Credibly suspect individuals should be sequestered from potential victims, even if it means they are invited to a permanent life of prayer and contemplation as part of an appropriate community.

And, confession aside, the Church must not shield suspect clergy from investigation or consequences.

Unless the Church takes robust, decisive action to protect people from predatory clergy, it will continue to face legal pressure and even persecution. But the Church can stave off these attacks by aggressively adopting sound policies and being perfectly transparent about the issue.

Should Senate Bill 360 become law, it is unlikely any priests would comply out of obedience to God's law, which is paramount. But the onus of solving this problem is upon the Church.