Pope Francis is a man of great compassion who houses refugees at the Vatican. He has also asked parish churches around the world to host refugees. Now, the Holy Father is asking nations to take in as many refugees as they can. He is also encouraging overseas investment in their countries. 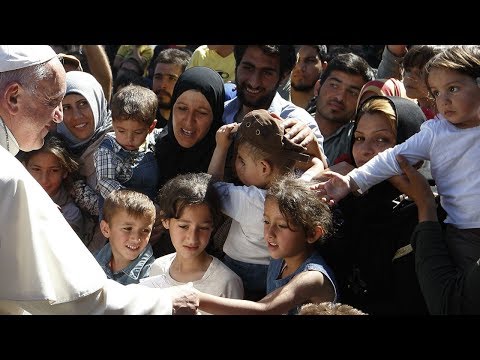 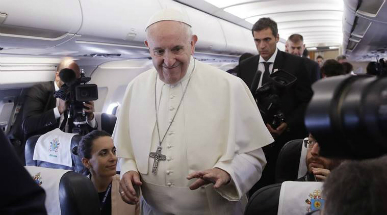 Pope Francis spoke about being generous with refugees and investing in the countries they are coming from.

LOS ANGELES, CA (California Network) - Immigration is on the rise around the world due to violence, unrest, poor economic conditions, and a surge in trafficking.

Nations have a right to secure their borders and to manage immigration, but there is a reason to be generous -- compassion. Most immigrants are not criminals or terrorists. Most are women and children and people seeking a better life. Or at least safety from danger.

"You will not molest or oppress aliens, for you yourselves were once aliens in Egypt." (Exodus 22:20, New Jerusalem Bible)

Reporters asked Pope Francis about immigration during his flight from Geneva to Rome. The Pope praised Greece and Italy for being the "most generous" nations when it came to refugees from Africa and the Middle East. Pope Francis said, "Each country must do this with the virtue of government, which is prudence, and take in as many refugees as it can, as many as it can integrate, educate, give jobs to."

Pope Francis also suggested that wealthy nations invest in the nations people are likely to leave, so as to give people hope and encouragement to stay. He encouraged European plans that are aimed at developing jobs and education in several countries.

He condemned the use of prisons to house refugees, and specifically mentioned those in Libya where he said the prisons were like concentration camps from WWII.

Still, it must be remembered that we are dealing with people, and especially with children, and compassion should be the rule.