Is the end of Facebook near? How regulation could kill the world's largest social network

Facebook founder and CEO Mark Zuckerberg faced two days of tough questions from both the Senate and the House. It is possible that Facebook may face regulation and new privacy laws that could destroy its business model. 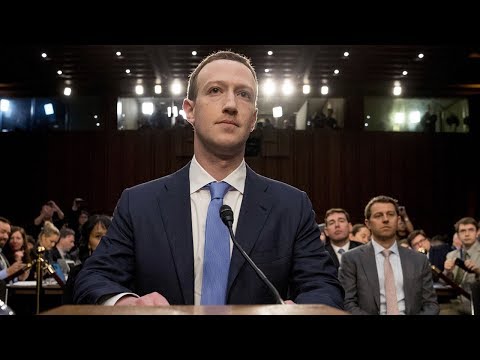 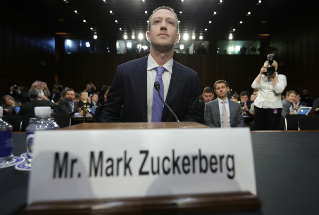 LOS ANGELES, CA (California Network) - Fake news, Russian trolls, creepy ads, privacy concerns and more have legislators in the U.S. grilling Facebook CEO Mark Zuckerberg. Stunning admissions in the weeks prior to the hearings have many wondering if the social network needs to be regulated. A privacy bill of rights has also been proposed in the Senate.

For the uninitiated, Facebook is a social network where people can create a profile by uploading a picture and answering a few basic, personal questions. Once your profile is created, you can connect with friends and others you may know. You can search for people you want to connect with. You can add people as friends, which means you will now be able to see each other's profile. That includes their photos, as well as anything they wish to share. People often share news and information, and some write their own "posts," sharing their thoughts on any subject they like.

This activity allows Facebook to glean the information you may not wish to share. For example, if your posts talk about liberal ideas or politicians, Facebook's algorithms may determine that you are a liberal. If you talk about dogs or food, Facebook may assume these are your interests.

Facebook builds a dossier on you, which you can view, although doing so is a bit complicated and involves several clicks to uncover the information.

Advertisers want this information so they can pitch ads to you that are more likely to attract your interest and money. For example, if your interest is dogs, then an advertisement for cat food would be wasted on you. That advertiser will exclude you from seeing their ad, and thereby save money. However, your data is important to someone selling products for canines, so they will pay extra to reach you.

As you browse your newsfeed, which is where Facebook shows you everything that interests you, you can click the iconic "like" button, popularly symbolized by a blue-and-white thumb's up. Each like counts as interest in a subject and Facebook adds that point of data to your profile and uses that to serve more specific content to you.

Ideally, the end result is you see news, information and, advertisements that will interest you and keep you interacting with the network. You won't see things that annoy or bore you. That sounds nice, but it has a side effect that few anticipated.

Facebook is an echo chamber, where it repeats back to you whatever you put into it. So, if you show an interest in the Second Amendment in a post, you will shortly begin seeing advertising and content about Second Amendment issues. However, the content you see will only be the kind that reinforces your beliefs. So, if a person believes vaccinations are harmful, then the network's algorithms will feed them information from people who agree, reinforcing their beliefs, even if they are in error.

This is dangerous because democracy requires an informed public.

It gets worse. Facebook can quickly build a massive dossier on you that even includes facial recognition. Upload a picture and Facebook immediately knows it's you.

Worse than that, if you delete your profile Facebook still has your information, including your photos.

Perhaps the final offense for Facebook came from the Cambridge Analytica scandal. In 2016, Cambridge Analytica was hired by the Trump campaign to identify potential voters and target them with pro-Trump advertising. However, the firm had illegally acquired the data of more than 50 million users and used that information without permission.It is not believed Trump was aware of this offense at the time. However, the firm was established by his donors, Robert Mercer, and Stephen Bannon. It remains to be known if they withheld this knowledge from Trump.

In response to this scandal and others, senators and representatives have spent two days grilling Mark Zuckerberg about Facebook's policies and practices. The two days of testimony reveal that Zuckerberg himself doesn't understand the incredible depth and complexity of his platform. While the company is taking steps to protect user's privacy, it's business model relies on selling your data to advertisers.

The company has also used its position irresponsibly in the past, shutting down content its managers did not like. As a private entity, Facebook isn't bound by the First Amendment. And as for privacy, users only have the privacy Facebook agrees to give them, and the company can change its own policies any time.

To protect the public, regulation is being considered.

Facebook has no competition, yet the majority of American citizens now have Facebook accounts. As a result, Congress is arguably within its rights to regulate it as a legal monopoly.

Democrats in the Senate have introduced a privacy bill of rights that would create basic privacy protections for consumers.

Ultimately, the data you are providing to Facebook for free is yours. At least until it is entered into the public domain. Facebook does not pay you for using your data, although they allow you to use the social network for free. But what if Facebook is required to delete your data when you leave the network?

That could impact the firm's bottom line, but Facebook is also engineered to keep users addicted using the same mechanism as a slot machine. No matter how egregiously Facebook harms its users' privacy, most will probably remain on the network.

Still, regulation, class action suits, and eventually competition may bring about the end of the social media giant. Nothing lasts forever, and that includes every business ever launched. Facebook will end someday, but there's no way to predict when, or how much damage will be done in the meantime.